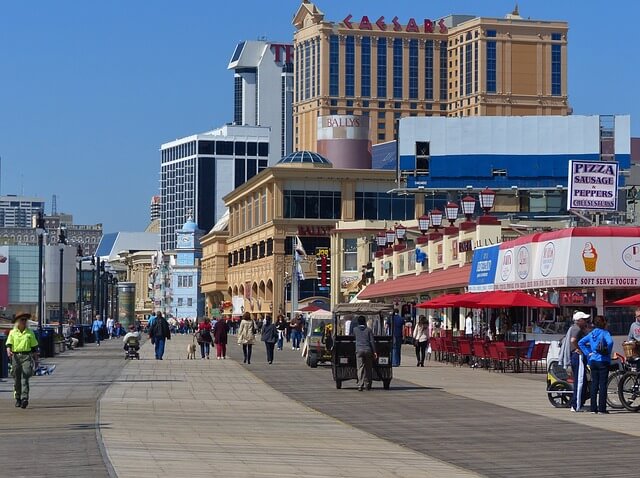 Although it remains one of America’s top destinations for traditional gambling, it’s no secret that Atlantic City has been hurting in recent years. The coastal New Jersey city has taken numerous measures to boost its visitor numbers as a result– everything from creating entirely new tourism campaigns to engaging in highly ambitious contraction projects. Unfortunately, the statistics don’t lie. Atlantic City’s tourism remains low, and the city continues to struggle (four casinos closed in 2014 alone). Unsurprisingly, the eastern gambling destination is once again taking on even more to regain its former glory.

“We have turned a new leaf and it is toward a brighter, more resilient tomorrow for the City of Atlantic City,” announced Mayor Don Guardian in a message to potential investors on the city’s website. “Some of the region’s most successful private developers have already committed millions of dollars through acquisition opportunities at bottom barrel prices. They are investing even more in defining for distinction, their operational properties now, for what we see is a great future in the making.”

One of the latest efforts is the Atlantic City Council’s plan to redevelop the currently closed Atlantic Club Casino site. According to the Press of Atlantic City, the Pennsylvania-based Endeavor Property Group LLC is the site’s current owner and plans to construct a new entertainment and amusement attraction, possibly a water park, on the location.

Meanwhile, the city is attempting to take care of its other shuttered properties. For example, the now closed Showboat Casino was sold to Stockton University (also known as Richard Stockton College of New Jersey) earlier in the year with the intention of a branch campus being constructed. The Trump Plaza site has also been purchased, with plans to open up additional attractions.

Nevertheless, packing even more of an impact to the city is the sale of the Revel Casino– one of the most ambitious casino projects in the nation that opened quickly and closed dramatically after just two years of operation (and this was after the casino’s owners twice filed for bankruptcy).

Officially announced in early June, the new purchaser of Revel is finally getting work done. Glenn Straub, a Florida real estate developer and owner of Polo North Country Club, bought the site for $82 million, a mere fraction of the whopping $2.4 billion it took to construct the giant casino originally. Straub was very hopeful at the announcement, implying that his investment in the casino (he plans to spend around $150 million in development) could inspire others to spend more on developing other businesses and areas around Atlantic City.

In addition to new construction and new site ownership, Atlantic City officials also recently announced a new “sports tourism” plan to help bolster the city’s economy. According to the Philadelphia Business Journal, a large “Play AC” sports conference and expo will be held at the city’s new waterfront conference center (owned by Harrah’s Casino). The event will be held in September of next year.

Though Atlantic City has seen a slight rise in tourism rates since the Recession’s end around 2009 (including a rise in the new year), the numbers are still nowhere near what they used to be. One of the main culprits has been the increase in casinos in outer markets where gambling laws used to be much more strict, including in New Jersey’s neighboring states of Pennsylvania and New York.

Additionally, many other states across the country are beginning the process of legalizing gambling to help boost their own economies. In addition to the increasing competition from newer casinos in other areas, the growing industry of online gambling has certainly had a huge impact on Atlantic City.