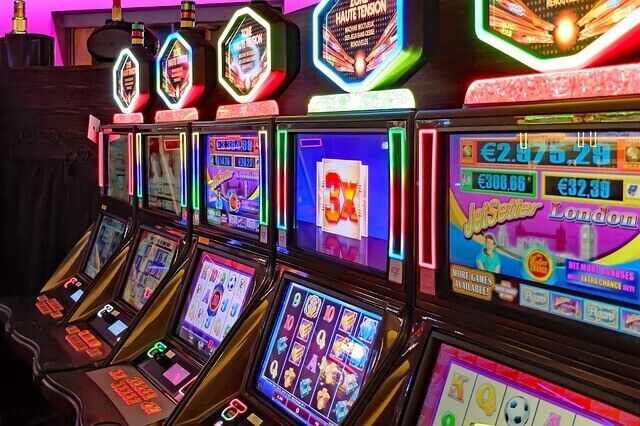 On Thursday, Bitcoin broke its all-time record, going well over $40,000. The BTC price surge wasn’t the only news concerning the world’s most popular cryptocurrency. Another report is that gaming tech giant IGT (International Game Technology) has won a patent for Bitcoin slot transactions.

Bitcoin news weren’t the only mainstream news to penetrate the world of gambling. The same goes for Donald Trump, with offshore sportsbook releasing odds on his removal from office and 25th Amendment Vote.

Speaking of Trump, some of the bettors who backed him to win the 2020 Election are planning to file a lawsuit against Betfair, a sports betting exchange that called Biden’s victory.

More Trump-related news is that the leaving President has issued an executive order banning US companies from using eight Chinese payment apps. This move could cause serious problems to US casinos operating in Macau, a gambling-friendly administrative district controlled by China.

IGT Bitcoin Slots to Become a Reality in Near Future

In only three weeks, the price of bitcoin doubled, reaching nearly $41,000 on Friday. Bitcoin wasn’t the only asset achieving big gains recently.

The same’s the case with IGT stocks. The shares of International Game Technology (NYSE:IGT) skyrocketed following the news that the company has received patent approval for Bitcoin slot machines.

It happened earlier this week, after the US Patent and Trademark Office granted IGT a patent that would enable players to make slot machine deposits using Bitcoin. Instead of making payments with cash, the patent would enable them to send BTCs from their smartphones to slots.

Apart from Bitcoin, the IGT patent document also explicitly mentions Ether, which is the second-largest digital currency in the world by market capitalization.

It would be understatement to say that the last week was turbulent over in Washington. On January 6, a group of Trump supporters stormed the United States Capitol. The riots sparked the discussion about the last days of Donald Trump’s reign.

Offshore sportsbook seized this opportunity to make some money – they released odds for prop wagers on Trump’s removal from the office.

The odds do suggest Trump will leave the White House on his own, but they’ve never been as short as this. In fact, the recent troubles in Washington have made chances in all the other betting markets concerning the leaving President.

For instance, Trump’s odds for getting back in Oval Office in 2024 have plummeted following the riots. When the 2024 Election odds markets opened, Trump’s odds were as short as +600 at some sportsbooks. Today, they’re as long as +1200.

“In wake of the unfortunate and historic events that transpired on Capitol Hill yesterday, we’ve slashed Donald Trump’s chances of being elected president in 2024.”

When odds are concerned, the biggest winner is Vice President Mike Pence. His chances improved drastically after the Washington riots, making him the #3 favorite for winning the 2024 Election. The two biggest favorites are President Elect Joe Biden and Vice President Elect Kamala Harris. Odds on both of them currently sit at +500.

At the time when protestors were storming the Capitol, President Trump was signing an executive order banning eight Chinese payment apps. The apps in question are the following:

Not only are these apps now banned in America, but US residents are also prohibited to use them wherever they might be. The latter could pose a problem to American gambling companies located in China-controlled district of Macau.

There are three US companies that operate in Macau, namely, Las Vegas Sands, MGM Resorts International, and Wynn Resorts. These companies have been reliant on messaging apps as a marketing tool aimed at Chinese customers. This goes especially for WeChat, which is the world’s fourth-largest social media platform.

Speaking of WeChat, the Trump Administration tried to ban it in summer 2020, together with TikTok. However, the ban led to numerous lawsuits before the federal court, whose judges ruled to overturn it.

More Trump news come from Europe – bettors who wagered hundreds of thousands of dollars on Trump winning the 2020 Presidential Election are planning to sue Betfair. Why? On claims of election fraud.

In light of the US Next President Exchange market settlement, here is our official statement – https://t.co/6M0EYzs9if

Trump bettors are claiming he won the Election, the claim that’s been pushed persistently by the man leaving President himself. However, Betfair has chosen not to trust Trump on this matter, but listen to official sources.

As a result, the gambling company has paid out the winnings of those bettors who backed Joseph Biden to become the next President.

Another news connecting politics and gambling is that New York Governor Andrew Cuomo has changed his stance on online betting.

Previously, Cuomo’s position was that online gambling needed a constitutional amendment. However, earlier this week, he spoke about his plans concerning online gambling in New York, which is one of the states where sports betting is legal.

Unlike other online betting-friendly states, New York is going to do things differently. Cuomo would like the state to run online sports betting in the same manner it runs the lottery. The reason for this is the gambling tax revenue.

Cuomo’s belief is that the states that have legalized online gambling have only allowed land-based casinos to bring their business to the internet. There’s truth in this as online betting laws require a partnership between licensed land-based casinos and online operators.

Governor estimates that New York needs about $15 billion over the next two years to cover its budget, which suffered heavily in 2020 due to the COVID-19 pandemic. A good source of revenue would be the tax from online betting sites.

As of January 2021, New Yorkers can only bet at four land-based sportsbooks in upstate New York. None of those four venues is located within New York City, whose residents tend to bet online at offshore betting sites, from which the state isn’t getting any tax money.