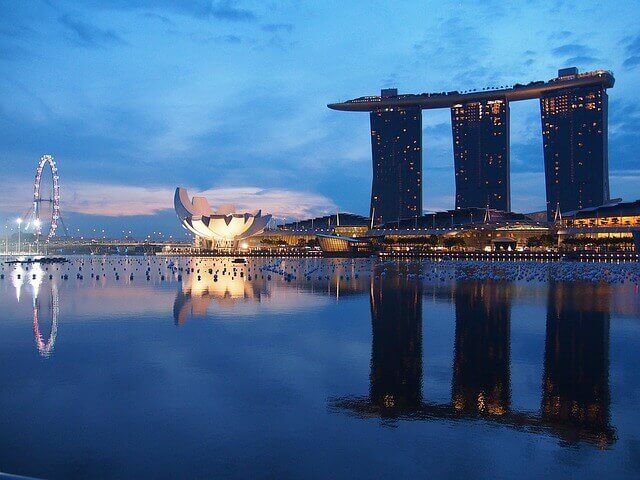 Sheldon Adelson, one of the most important figures in the history of the gaming industry, passed away at the age of 87, after losing the battle to cancer.

The founder of the largest casino group in the world, Las Vegas Sands, was involved in the busines until the very last couple of weeks of his life. One of the deals that he was reportedly working on in December 2020 was the acquisition of 36% in Crown Resorts.

With Adelson gone, it’s a big question whether the Sands-Crown deal is going to go through. His family might not be too interested in this deal, but the other party involved probably is.

In fact, the owner of more than one-third of the Crown Resorts stakes, Aussie billionaire James Packer probably wants to sell it ASAP, following the investigation his company is facing in New South Wales.

Adelson’s death was the biggest news in the casino industry (and beyond) last week. Still, there were many other interesting stories, many of which are coming from Las Vegas. For instance, it’s been confirmed that Elon Musk’s project Las Vegas Loop is almost 100% complete.

Then, there was also talk about Nevadans being skeptical about the vaccine, as well as the news about Encore Las Vegas becoming a COVID-19 vaccination center.

Who Was Sheldon Adelson?

Adelson will be remembered as one of the fathers of the integrated resort concept, which became popular largely due to the emergence of his company.

It all started in 1989 when Adelson purchased the struggling Sands Hotel in Las Vegas. Not only did he give it a new look, but he also turned the property into a casino-hotel.

Over the years, Adelson’s empire grew to become the largest casino company in the world. Apart from properties in America, Sands also owns casinos in many other parts of the world, including the Chinese gambling hub of Macau.

Probably the most famous property owned by Adelson’s company is Marina Bay Sands in Singapore, which is the most expensive casino in the world – $5.50 billion dollars was spent on its construction.

Las Vegas Sands did suffer big losses during the COVID-19 pandemic, but unlike many other casino groups, Adelson’s company decided not to let off their employees. In fact, during the Las Vegas shut down Sands was paying full salaries to the employees.

With the pandemic coming to its end, following the development of the vaccine, Adelson’s focus switched to expanding his business. At the time of his death, he was reportedly working on several projects, the biggest one being the acquisition of Crown Resorts.

What’s Behind the Potential Sands-Crown Deal?

On January 1, 2021, the UK newspapers Daily Mail reported that Adelson spent New Year’s Eve with one of the owners of Crown Resorts. The man in question is Aussie billionaire James Packer.

The two casino tycoons moored their superyachts next to each other. As there aren’t many such vessels in the world, it wasn’t difficult for reporters to figure out what’s going on. Adelson’s $70m-worth Queen Miri yacht was docket next to Packer’s Arctic P, a ship with an estimated cost of about $200m.

There wouldn’t be anything strange in two billionaires socializing if it weren’t for the rumor about the Sands-Crown deal. The story goes that the Australian businessman is looking to offload his 36% stake in Crown Resorts. One of the reasons for this is the investigation about the gambling license of his property in New South Wales.

Considering that there aren’t many people on the planet who have the kind of money necessary to overtake Crown, everyone’s eyes were on Adelson. But, he’s gone now, and his successors might not be willing to start off their Sands reign with such a big investment.

Everything to Remain the Same in LVS – For the Time Being

When Adelson went on leave for another round of cancer treatment in December 2020, his loyal associate Robert Goldstein took over the role of Sands CEO. He remains the interim CEO after the death of Adelson.

Despite being in charge of the corporation, Goldstein is far from being a majority shareholder. The Adelson family is who owns almost two-thirds of the company (57%). Actually, the biggest portion of the wealth is in the hands of Sheldon’s widow, Dr. Miriam Adelson.

Miriam has been involved in the family business for ages, while her influence in Las Vegas Sands has been increasing over the last couple of years. In 2019, her husband moved a lot of money in her accounts, making Miriam the richest Israeli in the world.

Knowing about her involvement with the company, it wouldn’t be strange if she took over her late husband’s role in Las Vegas Sands.

Death of One of the Biggest Opponents of Online Gaming

Sheldon Adelson was the richest man in the casino gaming world, with a fortune measured in billions of dollars. His company’s profits rely on land-based casinos, which explains why Adelson was one of the biggest opponents of online gambling in the United States.

His cruciate against internet gambling saw him campaigning for the reenactment of the Unlawful Internet Gambling Enforcement Act. If passed once again, the act would ban online casinos. Still, despite his efforts, the online gambling industry kept on growing, especially during the pandemic.

The list of US states where online gaming is legal is already long, but it’s about to get much longer in the future. Just a few weeks ago, we saw Michigan getting its first online gaming sites. Furthermore, in the 2020 Elections, voters from several states voted to make their gaming laws more liberal.

Recently, Elon Musk surpassed Jeff Bezos as the world’s richest person. That wasn’t the only news surrounding the owner of Tesla, SpaceX, and The Boring Company (TBC). As confirmed by a spokesperson from the Las Vegas Convention Center (LVCC), Musk’s project Las Vegas Loop is complete.

If you’re not familiar with the Loop, it’s an underground transportation system that’s meant to transport people across the Las Vegas Convention Center. By using groundbreaking technology, Las Vegas Loop is supposed to transport passengers at high speed – what would take 15 minutes walking is expected to take less than one minute.

The project worth $52 million would’ve been up and running in 2020. However, the COVID-19 pandemic ruined everyone’s plans. Speaking of which, the pandemic is the reason why the LVCC management is still unsure about the date of the grand opening of the Loop.

The COVID-19 pandemic wreaked havoc on the economy of Nevada in 2020. In 2021, the state has no intention of letting the same happen. The solution? Vaccination.

Even though there are reports about Nevadans feeling skeptical about the vaccine, it seems that everyone involved in the gaming and hospitality industry feels positive about it. Wynn Resort leads the way when the coronavirus fight is concerned.

The group has been a leader in COVID-19 testing since the early days of the pandemic. Their properties in Vegas, namely, Encore and Wynn, have saliva testing labs on their premises.

Now, the company wants to get help with vaccination efforts. They’re letting the University Medical Center (UMC) use a part of the Encore convention space. Thus, Encore will replace the UMC’s current COVID-19 vaccination site situated at the UCM Delta Point Building.