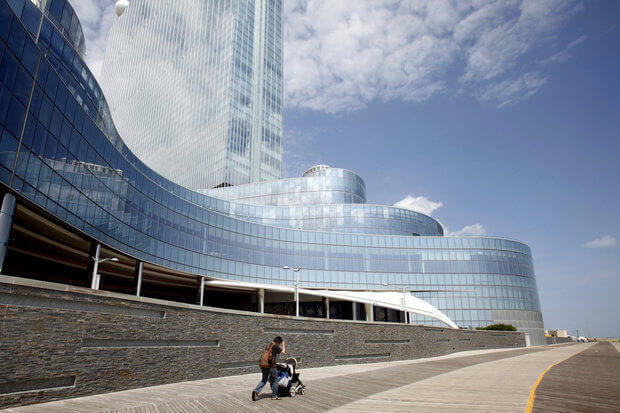 The Revel Casino located in Atlantic City was once a popular tourist and local attraction, for about two years. During this time it never managed to turn a profit making it Atlantic City’s biggest financial mistake costing over 2.2 billion to construct.

Located on 20 acres of sand-land it was the northernmost casino on the ever crowded Atlantic City boardwalk. It also held the record for tallest building in the city. People would come from all around to play classic casino games and gamble on the slot machines. However, in mid 2014 Revel become one of four casinos forced to close its doors and file for bankruptcy.

In early March 2015 a Florida developer offered $82 million to buy the casino building and property. However, a New Jersey judge denied the offer saying that the developer had changed several parts of the buying agreement before it went before her. With no obvious buyer as summer approaches it looks as if the Revel and its land will remain empty and unused during one of New Jersey’s busiest times of the year.

The Revel Casino was opened in April of 2012 as a way to help rejuvenate Atlantic City and attract more new tourists. Inside the grand building were 13 restaurants, two stages for live events, two nightclubs, outdoor pools, landscaped decks, and a sky garden with over 30,000 different kinds of trees and plants. It hosted shows by performers such as Rihanna and Maroon 5 and over housed 120 games tables and 2,500 different slot machines.

The ritzy and constantly busy establishment did not look like it would fail like others in the area were threatening to do, in fact it looked like business was booming. The casino was fairly successful at the beginning, but a year into operation and the cracks in the foundation began to show.

The Revel was loosing money faster than it could gain and several safety incidents forced it to file bankruptcy not once but twice; the second time forcing it to close down completely. The closing of the Revel was followed closely by another casino which became the fourth to close in the Atlantic City area.

Judge Gloria Burns, who refused the $82 million sale claimed that she “lacked jurisdiction” to make the sale. However, she does understand the tortured history of the casino and hopes that a proper sale can be finalized before summer. If a buyer is not found the casino faces foreclosure, auction, and the inability to reopen any time soon.

This will be the second time that Florida developer, Glenn Straub’s Polo North Country Club will have a deal fall through with the Revel Casino and hotel before an official offer was accepted. Very early in 2015 they had struck a deal for a little of $95 million, but they were unable to finalize it before the February 9th deadline.

At that point Straub’s withdrew their offer to re-evaluate, and now faces a March 31st deadline for the closing of the new contracts drafts. If the new deal does not close by its deadline Straub’s may refuse to make a third offer and the Revel will be forced to face severe consequences from their lender, Wells Fargo. Where they can recoup their money short of selling soon, no one knows.

It is a sticky situation that many do not know how to handle. On one side, Judge Burns claims that her legal power does not allow her to close this deal; while John Cunningham, the Revel attorney, disagrees and continues to urge the judge to reconsider the ruling.

If Revel Casino is unable to re-open before the busy summer season under a new owner, Atlantic City may face some serious consequences, such as a drop in tourist revenue. It has been one of four other casinos to close in the last year, which has begun to wreck havoc on the Atlantic City boardwalk and surrounding areas.

Nineteen other buyers have expressed interest in buying the Revel Casino, but only Straub has offered any money. Revel and Straub are currently going through an appeal process and hoping to have this most current ruling overturned in time to re-open the casino for the income saturated summer months.