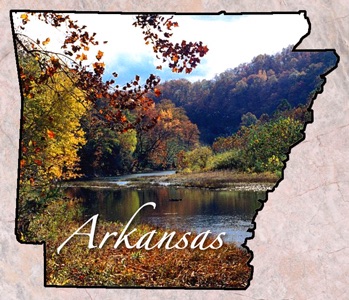 Senator Jeremy Hutchinson has introduced a new gambling proposal in the Arkansas legislature aimed at expanding award prizes which could be won by players in the coin-operated games. Currently there is an existing gaming law in Arkansas which allows for a small monetary value awards to winners in trinkets to players of arcade games.

The existing law referred to as the ‘Chuck E Cheese’ law could be expanded if Senator Hutchinson has his way. The new bill would enable players earn up to ‘$850 in wholesale value merchandise on a play of a single game’ instead of the $12 authorized under the existing law.

Speaking to KATV Senator Hutchinson said that the new proposal would also encourage Dave and Busters, which operates restaurant and bar business and games arcade chain at many locations in the state to open more locations in places like Little Rock inside a brand new outlet mall just built and opened at Otter Creek.

The problem is resulting from concerns being expressed by Oaklawn Park which is a major casino operator in the state of Arkansas. Oaklawn Park is basically implying that they do not want another competitor for their own slot machine operations. Oaklawn Park has a big casino just 50 miles away from the proposed site in Otter Creek and stands to lose significant revenue.

According to Senator Hutchinson, the new proposed gambling arcade in Otter Creek would lead to the creation of many jobs in the Otter Creek area, an effort which may help boost the economy of Otter Creek and surrounding communities. The new law SB745 as proposed, would provide for awards of big prizes on any kind of conceived arcade game up to the value of the prize on an iPad at $850 wholesale price.

Opponents of Senator Hutchinson’s new gaming arcade proposal argues that if this proposal passes, it would develop arcade gaming in Arkansas into a type of ‘fast food’ business in gambling opening up new mini gambling operations in places such as convenience stores, taverns, truck stops, and restaurants. One opponent said that this proposal is like the noise being made by the camel inside the tent, drawing further analogy in comparing the new law as the trunk of an elephant which may suck up  millions.

Some also argue that it does not make any sense to continue to grant gambling monopoly to Oaklawn and Southland in the state, under the pretext that they should be the only ones to be entitled to such business operations just because they know dog-racing. They described dog-racing as a nearly dead and abusive sporting business, which only stays alive for the purpose of allowing their small tracks to be turned into big gaming operations

Some also contend that if the state wants to expand into the real gambling industry, it should be done openly and not pretend it is just a small arcade game expansion. The new proposal is reportedly being updated with the objective of stopping the duplication of Oaklawn type slot machine gaming, and to restrict its application to Pulaski county, and furthermore to limit the prize merchandise win to $500.