Is it legal to gamble in 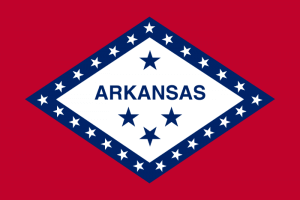 Arkansas? The short answer is yes. The long answer is that some forms of gambling are permitted, some aren’t. For example, traditional casino games like slots are not legal under the Arkansas gambling laws.

Casino lovers from AR need to use alternative methods to quench their gambling thirst. One option is to go to a neighboring state in which all casino games are legal, like Mississippi or Missouri.

Another alternative is to play quasi-casino games based on sweepstakes in Arkansas casinos. As per the current law, the state permits “electronic games of skill” in licensed casino establishments. Although these games technically don’t count as gambling, they look and feel a lot like traditional casino games.

At the moment, there are two Arkansas racetracks where you can play these sorts of games. As you may expect from racetracks, these establishments also offer horse/greyhound racing betting. In addition, the two racetracks also run sportsbook operations.
As of 2020, all forms of online gambling in Arkansas are still illegal.

Find Arkansas Casinos on The Map

The state got its name from the Osage language, in which the word Arkansas is used to denote the tribe of Quapaw. The tribe used to inhabit the area that’s now called Hot Springs, which is the oldest federal reserve in the country. As its name suggests, this place is home to many hot water springs, which are believed to possess healing properties.

Such, Hot Springs has been one of the main tourist destinations in this part of the US. Apart from being a spa town, it also became famous as a gambling-friendly place. One of the two currently operating Arkansas casinos is located in Hot Springs.

Actually, the Oaklawn Racing Casino Resort has been around for more than a century. The racetrack launched in 1904 and since 1936, it’s been the home to the Arkansas Derby, one of the most prestigious Thoroughbred horse races in the United States.

Some of the most famous Arkansas natives, including former President Bill Clinton and Oscar winner Billy Bob Thornton used to be regulars here. It’s a similar case when it comes to the other licensed casino in Arkansas, Southland Casino Racing.

Currently, there are only two places in the entire state of Arkansas where gambling is possible. For years, Oaklawn Racing Casino Resort and Southland Casino Racing used to serve as racetracks only. However, things changed a few years ago.

The year 2018 is the year zero in the gambling history of this state. That’s when voters approved a constitutional amendment that would pave the way to the establishment of Vegas-style casinos in Arkansas.

As a result, the two licensed Arkansas casinos now offer different kinds of gambling opportunities to the visitors. In addition to horse racing betting, casino visitors can also bet sports, as well as play sweepstakes-based “games of skill.”

Arkansas gambling aficionados should get practically the same from two additional casinos as soon as they open their doors to the public. The casinos in question are Saracen Casino Resort and Legends Resort & Casino Arkansas.