Millennials, or young people born between 1980 and 2000, are making up an ever increasing segment of the consumer market. Experts at Goldmen Sachs estimate that this population may be even larger than the baby boomers at 97 million young adults. As even the youngest members are nearing a legal age, casinos and gambling establishments are beginning to look at this population to offer a boost to profits. Their research shows that most Millennials shy away from traditional casino games and opt to spend their entertainment money elsewhere. What better way to interest young technological savvy adults than with skill based gambling options? These games will run the gamut from sports tournaments to skill based video games.

Supporters of skill based video gaming and e-sports argue that it easily fits into current gambling laws already in place. Nevada, the nation’s leader in all gambling activities, took no chances and in February, introduced a bill legalizing skill based video slot machines in the state. The bill reached the assembly floor and was voted on May 5th. The support was unanimous, with a 41 to 0 vote in favor of the bill. This bill allows state gambling regulators the job of formulating the rules that will be involved in the skill-based video game venture. With slot machine profits lacking, officials are hoping this new type of gaming will bolster the industry and increase the market’s share of Millenniels who have grown up with video games. 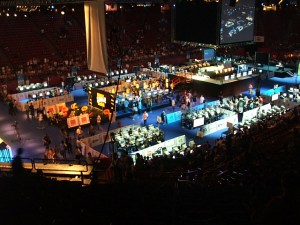 What are Skill-Based Video Games and Slots?

One of the foremost game developers in the casino field is Bally Technologies. Their introduction into this gambling genre includes an arcade game similar to the famous and popular Skee-Ball that so many of us have played in arcade rooms. Bally also has debuted a Gamblit Gaming option that operates and looks like popular online and phone games, such as Angry Birds. The reasoning is that Millennials are familiar with technology, computers and instant video game like gratification.

Old fashioned slot machines bear no resemblance to the type of video games and online games that this group of young adults have grown accustomed to. They are looking for fast action, movement and games with an element of competition. Bally Technologies have developed a slot machine based on the classic arcade game Skee-Ball already catching one. Imagine Candy Crush or Mario Kart and you get the idea what the Millennials are interested in playing.

Gary Thompson of Ceasers Entertainment told the Associated Press,”Millennials typically find traditional slot machines boring because there’s little or no skill involved, they’d much rather play games where there’s an element of skill and the opportunity to socialize or compete with friends while doing so.” 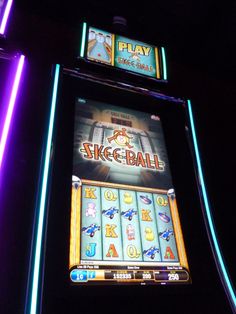 The Borgata Casino, In Atlantic City, New Jersey hosted one of the first such skill based gambling tournaments May 3rd of 2015. As in all gambling ventures, players calculated that they would perform better than they actually did. David Kestenbaum, a journalist for National Public Radio (NPR) covered the event and was even talked into betting $20 of his own money. As he noted, a huge bout of self confidence is what casinos rely on to make money. The Borgata hopes that this event is just one of the first of many skill based sporting events they will host.

Don Feeney, Director of Research and Planning for the Minnesota state lottery, refers to Millennials as the “connected generation”. They are the first generation that were born into and grew up with computer technology, Smart cell phones and interactive gaming experiences. Even those born during the earliest year of this generation, 1980, were born into a burgeoning computer world. These consumers want quick, interactive involvement with not only gaming, but other aspects of their lives as well. These young adults desire instant shopping, interactive reading via Ebook readers and a vastly different gaming experience than those born in earlier generations.

Interestingly, these young adults demonstrate greater risk aversion. They often see gambling as very risky, which it is, and casinos show their lowest profit numbers in this generation. However, the same generation as mentioned, is tech savvy and desires instant gratification. Those betting on skill-based sports tournament and skill-based video machines, hope this desire for interactive entertainment and instant gratification will carry over into a new generation of gamers, or so the industry hopes.

In addition, as this group of young adults venture into middle adult years in the near future, 97 million young adults will have the availability to funnel large amounts of money into the gambling and casino industry as they are now older in a recovering American economy.  While casinos are targeting Millennials and future technological generations with these skill-based games, nothing says that older folks can’t participate too! After all, one can only play Wheel Of Fortune Slots so many times before becoming bored, broke, or filthy rich.