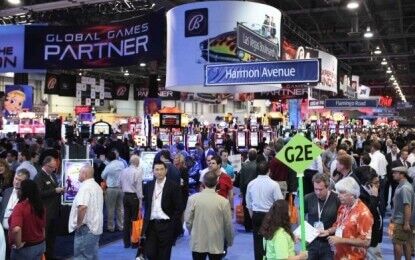 Over the last 50 years, Hollywood has made the classic casino heist an iconic piece of American culture. Elaborate schemes performed by daring, and dashing, thieves using outrageous stunts and outlandish gadgets are combined with a sense of the “little guy” triumphing over the big, bad casinos. However, actual casino theft and crime is all too real, and casino criminals are becoming more sophisticated and brazen every year.

The Global Gaming Expo (G2E) provided the backdrop for many presentations focused on the latest scams and heists being performed in casinos across the country, and what casino managers can do to protect their customers and their businesses from the relentless and sophisticated efforts of modern gambling criminals.

The deputy chief of special investigations for the Nevada Gaming Control Board, James Taylor, held a widely popular and extremely well-attended presentation called “Scams, Cheats and Black Lists: Current Fraud and Casino Crimes”. The focus of the presentation was both the scammers targeting casinos in Nevada and the most common types of scams that the Control Board is seeing. The goal of the presentation was to raise awareness within the gambling industry concerning the serious issues that casinos and gaming officials face when attempting to detect, prevent and punish casino-related crime.

The first example offered by Taylor was based on a high-stakes player, Zhenli Ye Gon, which resulted in a $2 million fine against Las Vegas Sands laid earlier this year by Nevada’s Control Board. DEA officials and Mexican federal authorities had raided his Mexico City home and discovered over $200 million in bills hidden inside the walls of his house. Gon was arrested for money laundering and supplying some of the chemicals necessary for Mexican drug cartels to manufacture methamphetamine. Las Vegas Sands had failed to file a Casino Suspicious Activity Report concerning Gon, even though he was wiring large amounts of money to the casino from suspicious bank accounts and financial institutions.

Not all of Taylor’s examples of casino crime carried such a flavor of international intrigue. In one video presented by Taylor, a suspect was distracting customers while they were collecting their winnings from a Keno kiosk in a Las Vegas casino. He would distract the customers with one of his hands, and then grab the Keno ticket belonging to the customer with his other hand. The suspect was put on the Excluded Persons list, which bars him from ever entering a Nevada casino again. Taylor had explained that his chances of appealing the decision were extremely low, as he had managed to steal a winning Kino ticket from the father of one of the Control Board’s employees.

Some of Taylor’s examples demonstrated a remarkable degree of sophistication and expertise. When authorities searched the home of one suspected cheater, they discovered cards that were marked with a special ink that was only visible to people wearing specific glasses or contact lenses. Investigators also, unsurprisingly, found a pair of both such lenses and glasses in the home as well.

In yet another example, Taylor presented a capture from a video screen of someone crawling through a cage window in a casino directly next to a security guard. The guard was completely unaware that the thief was breaking into the casino no more than a few feet from where he was standing. Of course, the sheer absurdity of the situation drew a strong burst of laughter from the crowd of gaming industry professionals, but the photo demonstrates how brazen and committed gambling criminals are, especially with the enormous potential for theft that casinos represent.

While Taylor’s examples ranged from humorous in their absurdity to outrageous in their brazenness to impressive in their sophistication, overall they all highlighted the enormous variety and complexity that casinos and gambling authorities have to deal with on a daily basis. Gambling criminals are notoriously persistent, and their crimes and scams are constantly evolving with technology and as a reaction against existing enforcement and protection practices. Taylor argued for the need for constant vigilance in the attempt to stay ahead of the game with gambling criminals, and that this required a renewed effort at the sharing of information between casinos and the various gambling authorities. Only with the most precise and up-to-date information can gambling criminals be kept in check and gamblers and gaming companies alike protected from these relentless criminals.