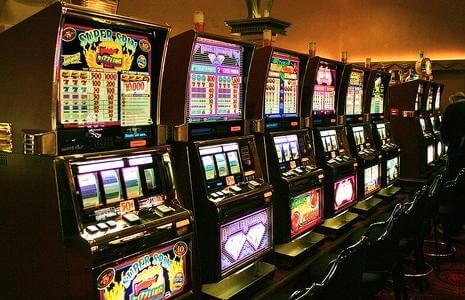 It’s no secret that legalized gambling has managed to bring in a lot of revenue to local communities. In Pennsylvania, this has been the case since 2004, when casino gambling was legalized. Back in 2004, this was a controversial enough move that the host communities for the casinos had to be financially appeased. Many individuals were concerned about what having local PA casinos would do to the culture and the finances of the neighboring communities. Legislators more or less had to make it worth their while.

Since 2004, these host communities have been getting 4 percent of the slot machine revenue from the casinos that they host. Half of that revenue has gone to the counties and the other half goes to the municipalities for the past twelve years. The municipalities are guaranteed at least 10 million dollars, which they will get if the established casino slot machine ad revenue slips below 10 million dollars.

This setup has allowed the people who wanted legalized gambling to peacefully coexist with the people who did not. In fact, local officials have become more or less dependent on these payments. Today, this revenue source is under attack.

The Supreme Court for the state of Pennsylvania ruled on Wednesday that it is unconstitutional to expect casinos to give this revenue to their host communities. Part of the argument was that the requirement to give the revenue actually varies from one casino to another, meaning some of the twelve casinos are going to have to pay more and some of them are going to have to pay less. This is going to give some casinos a decided advantage.

This case was driven by lawyers representing Mount Airy Casino. To a large extent, this ruling has been based on a technicality. In this case, the technicality is a clause in the state constitution that stipulates that taxes have to levied in the same way to organizations that are within the same class. The lawyers argued that this means that it is unconstitutional for the taxes to affect casinos disproportionately, since all casinos are indeed members of the same class.

It is clear that in practice, the payment requirements do vary from one of these Pennsylvania casinos to the next. TheSugarHouse casino in Philadelphia does not pay the 10 million dollars in slot revenue that would be required in other casinos. This means that this casino has an advantage over its competition, especially since Philadelphia is such a famous city that draws in more tourists to begin with and attracts more wealthy people. The resort casinos that similarly attract a lot of wealthy people, like the Lady Luck Casino and the Valley Forge Casino, are the same way.

The lawyers continued to argue that casinos vary in terms of the revenue they bring in from slot machines, and that the casinos that just don’t make enough from their slot machines are being forced to meet an unreasonable standard as a result.

People will disagree on whether the lawyers were correct in their arguments. However, it should be noted that this situation does set an important legal precedent. Almost everything in the law has always been about referencing what came before, typically in a way that reinforces past decisions. It is possible that other casino lawyers will draw on this decision in the future, and this could have a tremendous effect on the relationship between casinos and their host communities.

It’s also interesting that the same communities who were concerned about casinos damaging their local economies are now partly dependent on the revenue from those casinos. One of the standard arguments for legalizing gambling is that it can help local communities by stimulating their economies. If those casinos can back out of being taxed, this will no longer be the case.

It is also possible that this ruling will have no effect outside of Pennsylvania, particularly given that the decision was based entirely on a technicality. The lawyers did not make any real arguments about private enterprise or the responsibility that businesses have to their host communities. However, the Pennsylvanian host communities have lost tens of millions of dollars overnight. It might take years for the local officials to get things back to the way they were just last month.