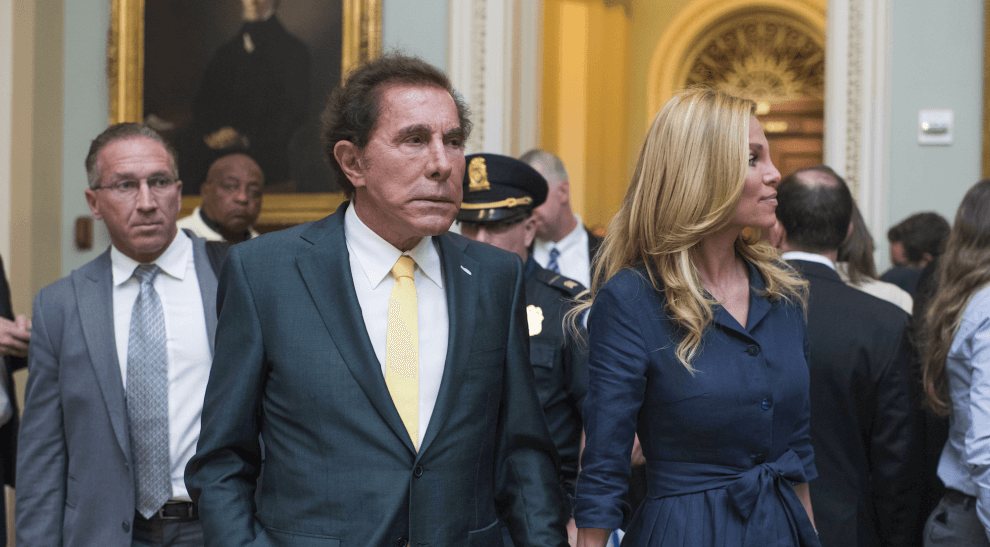 April 17, 2018, Nevada saw the former Wynn Resorts Limited Chief Executive Steve Wynn settle the now almost six-year old legal battle with his former wife Elaine Wynn. This followed after claims were made that he had violated their shareholder’s agreement.

According to a recent report, 75-year-old Elaine Wynn had assisted in the establishment of Wynn Resorts Limited, but saw her standing within the company diminish after she divorced Steve Wynn for the second time in 2010.

The news reports said that the contract of breach civil suit from Elaine Wynn had been seeking approximately $460 million in compensation over more allegations that she had not been re-appointed to any particular position on Wynn Resorts Limited’s board of directors in the year 2015 after questioning some activities of some few fellow executives.

A local journal reported that the jury selection was due to start with the case, but legal experts had prior predicted a form of settlement after Judge Elizabeth Gonzalez, from The Nevada Judicial district court ruled that any testimony damaging to Steve Wynn could be presented. This comes barely two months since the 76-year-old resigned from his post as the Chief Executive Officer of Wynn Resorts Limited.  The Wynn Resorts founder was also amid several allegations of sexual misconduct while he was still running the company forcing him to sell his 12.1 shares of the company. This ruling would have purportedly allowed the jury to listen to the claims that the embattled billionaire had agreed on settlements with his two supposed victims.

The newspaper report says that Gonzalez’s ruling could have given Elaine Wynn’s team a good chance to present enough evidence that Wynn Resorts Limited had sacked a pair of senior executives for alleged misconduct and illegal sport-betting activities.

Reports claim that a deposition could also have been presented before the jury was the allegations on details of how Steve Wynn skipped his firm’s sexual harassment training session. Although the terms of the agreement were not yet released, reports claimed that a statement made by Steve Wynn detailed that the settlement had “resolved all outstanding legal issues with his former wife”. He further declared that he was grateful to be “able to put all of the personal unpleasantness of the last few years between himself and Ms. Wynn behind him.

The purportedly settlement had resolved Elaine Wynn’s demands against Wynn Resorts Limited and the Executive Vice President, Kim Sinatra and the operator for reciprocating with kindness and with no payments. “I am pleased this litigation has now been resolved, Elaine stated. Ms. Wynn is now the biggest shareholder of Wynn Resorts with a 9.26 per cent stake as from the new records.

Ever since Steve Wynn resigned there have been controversies and speculations on what would happen to his ex-wife’s share in that company as it could potentially affect the company’s operation. This feud as it can be recalled, begun more than five years ago over the same shares and that it had barred any of the subscribers including, Wynn Resorts, Aruze, Elaine Wynn and Steve Wynn from selling their part of the shares of Wynn Resorts without consent from other signatories, but luckily a mutual agreement was reached upon by the two parties and have put all the previous claims to rest.

Elaine Wynn now claims that the original agreement should no longer be regarded to be a valid document. She also decided to put behind her the other problematic situation involving Wynn Resorts and Kim Sinatra which also was related to Steve Wynn supposed infringement of the same agreement. The casino operator wanted all its disputes settled so that it could focus on mitigating the huge impact of the sexual scandal involving its founder.