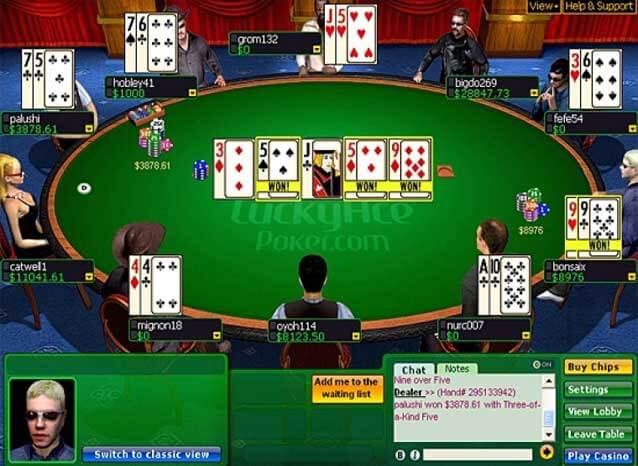 Thanks to Clyde Vanel, 2018 may be the year that finally grants New York real money online poker regulations. Shortly after New York lawmakers passed a budget that excluded online gambling of any kind, Clyde Vanel has been able to get 60 democrats in the assembly to help him rally for the inclusion of online poker in the budget. He has called for the support of the outside to help New York lawmakers understand that this is something people in his state actually want to see happen. He hopes that by June this year, a bill on the same will be tabled before the assembly.

Over the past few years, there has not been enough support to quickly change the situation for online poker players in the USA keeping all of the action overseas. However, there has been steady progress and it’s safe to bet that things could start improving before the end of 2018. In 2017, two bills were passed – A 5250 and S 3898. They will still be discussed in 2018.

New York Senator John Bonacic has for a long time been championing the legalization of online poker for New Yorkers. In 2013, he was the chief sponsor of the amendment of constitution to allow up to seven casinos to be licensed on non-Indian land. He has been in the New York State Assembly since 1990 when he was elected as Orange County Executive as replacement of Mary M. Mc Philips. From that time, he has supported many gambling and also health-related bills. In 2016, John Bonacic became Chair of the Senate Judiciary Committee and the Senate Racing, Gaming and Wagering Committee.

He has introduced the online poker bill several times before but it never gained momentum. At some point, he was the only legislator on the course. In 2017, he expressed his optimism in the success of the bill. He spoke with assembly member J. Gary Pretflow in attempt to gunner more support. He adjusted the bill so that all the tax revenue that would be earned from online poker would be directed into the state lottery fund for education. He thought this would be more acceptable because the assembly was looking for ways to increase revenue without having to increase taxes. He urged the other members of assembly to view the bill as a part of a bigger negotiation and not as an isolated bill and referenced using New Jersey’s success as an operational example.

Another difficult to ignore figure is James Gary Pretlow. He is also a New York State Assembly member since 1992. In 2016, Pretlow appeared to have a few concerns about an online poker bill moving forward. He even suggested that poker was more a game of luck than skill. According to him this would result to a collusion in online gambling  games. However, the success of New Jersey State on the matter seems to have cleared any doubts he had. He recognized the impact that online poker in New York would have on the entire nation. His efforts have brought to board a lot of partners that could help bring the bill onto the floor. Remember to pass a bill, a total of 76 co-sponsors is required.

Clyde Vanel has asked for the support of New York State poker activists and players as he seeks votes in support of the new laws to regulate online poker games. He has expressed his hope that this year, online poker will get a lot more support than it has over the years. He has urged all supporters of the bill to exert pressure from the outside to give the bill a chance. Last year, the bill did not get enough support so it failed. Clyde Vanel hopes that this year, the people of New York will let their legislators know that they want it. His public and enthusiastic support for the bill has been inspiration to many others that had not yet expressed their support. Clyde believes himself the guy that is going to ‘bring the votes home.’ He has pointed out the fact that legalising and regulating online poker could help commercial casinos in New York to deal with financial problems. He also thinks that New York should position itself to be the nation’s leader in new technology and the internet and this would be a good way to demonstrate just that.

Many people are still sceptical on the possibility of legalisation in New York anytime soon. This is because of the number of times the bill has failed to get enough support. However, a few months ago, New Jersey decided to join the Multi-State Internet Gaming Association (MSIGA). The association was originally created by Delaware and Nevada. With the involvement of online poker players from the three countries, traffic increases by up to 40%. This is good news for New York. Instead of joining the poker market with just 12 million players, it has the chance of joining a market of over 25 million players. After years of flirting with the idea finally there is hard revenue data making a bill a much more attractive proposition.

As it is, New York faces a $4 billion deficit. Online poker could be one way to help solve this problem. Pennsylvania did the same when it had a $2 billion budget deficit raised $225 million through online gambling. If the state authorized its licensed casinos to offer online poker at a licence fee of $10 million, it would raise $60-$100 alone. While this may not seem like much considering the huge deficit, it would be a lot better than the $3 million it got from daily fantasy sports regulation.

The Department of Justice Office of Legal Counsel, in 2011, issued a letter that allowed states to legalize various forms of online gambling that they thought were good for them. Since then, only 9 states have done so excluding daily fantasy sports. While that is a good step towards embracing real online gaming, it is not as good as was expected by hopefuls. Most of these states focused solely on online lottery.