Does anyone know if The Casino de Monte-Carlo actually exists anywhere but in the movies? There is a curious case of casino controversy in the country of Sri Lanka.

First of all, Sri Lanka is a small island country off the southern coast of India. The country’s commercial capital is Columbo. Its administrative capital is Sri Jayewardenepura Kotte. It recently elected President Maithripala Sirisena. And that is where the story begins.

Australian gaming mogul James Packer had been negotiating with the Sri Lankan government to build a $400 million hotel and resort casino in the country with the approval of former President Mahinda Rajapaksa. While the plans were moving forward with Packer and several other companies to build casinos in Sri Lanka, the ouster of the former president brought the plans to a screeching, unceremonious ending.

The cancellation of the agreements were expected to occur with the election of the new president, as one of his election campaign pledges was to cancel the casino contracts. The pressure for doing so came from a number of parliamentary and Buddhist leaders who believe that building the casinos would result in an increase of prostitution, while inflicting serious damage to the country’s culture.

It is important to note that the country is mainly Buddhist. The religious significance of the cancellation is not to be understated, especially when comparing it to the situation in the United States. American has an often very vocal debate about the importance and influence of religion in the daily lives of its people. There is also no contracting the fact that most casinos were opposed by anti-casino groups led by churches and religious denominations using the same reasoning as the Sri Lankans did.

The admission of the casino opposition in Sri Lanka that building casinos would increase prostitution tells us that the prostitution already exists there, just at a lower level. Like Las Vegas where prostitution is technically illegal (rumor has it that it is imported from areas outside of the city) it seems the prostitutes will go where the money is. In that sense, they are correct that casino construction will increase the visible reality of prostitution. But it is there nevertheless. 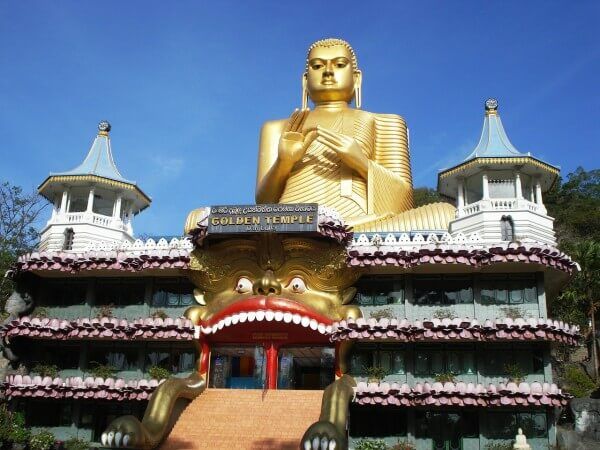 Making an argument for the decay of the culture is one that has been long been used throughout history to minimize forward progress.

The argument is not that all progress is good, but that when religion or business or political structure see the possibility of their own power base and control being undermined, they will use the necessary arguments to attempt to bring the masses to their collective sense. That collective sense means to maintain the status quo until they deem it necessary to change. Which is not likely in their lifetime.

What we are left with is how to objectively measure the negative impact of any form of gambling entertainment to a state or a country. It appears to be an all or nothing proposition.
One cannot maintain that lotteries, which are essential random number drawings, are acceptable and casinos, which simply have a visual representation of those same random number choices, are not the same.

The latest GDP (Gross Domestic Product) data in 2011 shows an 8.3 percent growth rate compared to the 1.8 percent of the United States for the same year. Clearly, they do not need the revenue. Sri Lankan Prime Minister Ranil Wickremesinghe publicly said a few days ago to casino hopeful James Packer, “Who asked you to come?”

This statement was made based on reports that the former government has forcefully evicted people from their homes in order to acquire the land to build the casino projects.

It could be another one of those cases where big money tried to influence the average person and force casinos where they are not wanted. There will be more on this story as time goes on and the wheeling and dealing of the former government behind the scenes come to light. What is clear though is that the influence of religion and politics on casino licenses has a significant impact on the final decision. In Sri Lanka, the two are so closely linked as to be almost indistinguishable.