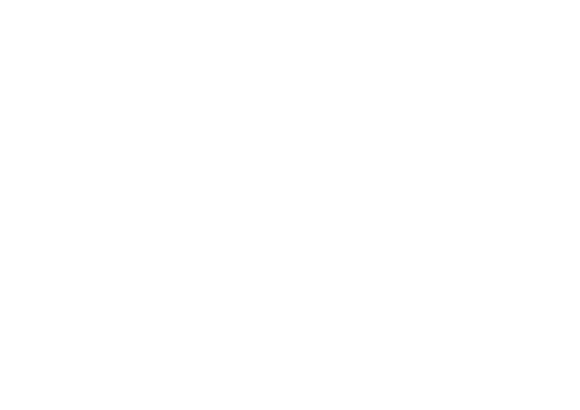 Las Vegas, translated as “the winds”, sprung up in the desert of Nevada during the 1930s as a way to entertain all the men who worked on the construction of Hoover Dam in nearby Boulder City. Gambling was already going on illegally among the workers, when the Nevada legislature decided in 1931 to make gambling legal and issued the first casino operator’s license to the Northern Club in 1931. The first paved street in Las Vegas was Fremont Street, which is actually the center of the city of Las Vegas, not the world-famous “strip,” which is outside the city limits and located in Clark County. The success of the strip came much later.

It was not until 1946, when Benjamin “Bugsy” Siegel opened up the opulent Flamingo Hotel with the backing of mob boss Meyer Lansky that Vegas really came to life. Since, illegal gambling run by organized crime pre-existed Las Vegas legal gambling, it was only natural that the mob would be attracted to the casino opportunities in Vegas.

Through the odd combination of local businessmen, finance money funneled through Mormon banks in Utah, and organized crime, Las Vegas started to expand. Bugsy’s ideas for the Flamingo were outrageously luxurious. The 105-room hotel that opened in 1946 cost $6 million to build, which was a fortune at the time. This would be about $70 million today.

The mob bosses were unhappy with all the money spent and that the casino was, at first, losing money. They allegedly had Bugsy killed, only six months after the Flamingo opened. The murder case was never solved. Nevertheless, at the same moment of Bugsy Siegel’s death, three crime bosses entered the Flamingo hotel and took over the operations. The hotel went on to be a major moneymaker. It was only a matter of time before it became popular, which happened in a big way after the end of WWII.

Though Bugsy’s time as a high-roller was short lived, he created the spark that caused explosive growth in Vegas. Memorabilia about his life and those times is on display in the Mob Museum in downtown Las Vegas.

The Teamsters Union and the “Rat Pack”
During the 1950s, money from the Teamster’s Union flooded into Vegas to build even larger hotels. First, the Sahara opened, followed by the Sands. The New Frontier, Royal Nevada, and the Showboat followed this. Next were the Riviera, Fremont, and Binion’s Horseshoe Casino (originally called the Apache). The Tropicana opened next to upstage them all. By the mid-fifties, around 8 million people visited Vegas each year spending over $200 million. The Vegas cash cow was roaring forward.

Clean-Up by Howard Hughes and Hank Greenspun
Howard Hughes came to Vegas in 1966. When his room reservation ended at The Desert Inn, he refused to leave, and instead, he bought the hotel. He invested about $300 million and took control over many of the casinos throwing out the members of organized crime.

Along with the efforts of Howard Hughes, Hank Greenspun, who founded the Las Vegas Sun newspaper, worked diligently to fight crime and corruption to reduce the influence of the criminal element by using the power of media exposure.

The Fourth “C” – Corporations
By the end of 1980s, the allure of the “old school” Vegas, where high-rollers mixed it up with stars and crime bosses, was wearing off. Then came a paradigm shift. Steve Wynn built The Mirage by floating the issuance of over $600 million in junk bonds on Wall Street with the help of Michael Milken, who later went to jail for ten-years for securities fraud. In spite of the financial irregularities, The Mirage created the phenomena of the “mega resort.” This was crime on a corporate scale and it seemed like everyone wanted to outdo the others, in building bigger and more expensive resorts. The target was no longer high-rollers; the idea was to get the family-type tourists to come to town. To outsiders, it appeared that the mafia was kicked out of town and family-friendly was the new theme. It worked.

Over the next twenty years, thirteen casino mega resorts were built. Steve Wynn even, at one point, lost his empire of the Mirage and Bellagio, and other holdings in a successful hostile takeover by MGM. He took the buyout money, went down the street, bought Howard Hughes’ old hangout, The Desert Inn, tore it down, and built Wynn Resorts.

Contemporary Times
For awhile, there was an illusion that casinos had distanced themselves from the crime bosses. Legal regulations and scrutiny certainly had diminished the observable influence of organized crime in Las Vegas. Nevertheless, recent allegations show that the three “Cs” of crime, corruption, casinos still go hand-in-hand. The allegations are that some of the big bosses in Las Vegas running the major corporations are the new mob bosses and that the Vegas international corporate conglomerates simply took their most nefarious actions offshore.

Business Insider reported on June 18, 2015 about the extent of a global crackdown on the casino industry.

China Crackdown on Macau
The equivalent of U.S. billions of dollars, poured into Macau to build more mega casino resorts. A huge amount of the money came from the biggest kingpins in Vegas. Macau was the new Vegas, with opportunities galore.

The Chinese government saw Macau as a big pathway for illegal transfer of funds out of mainland China. They let them get away with this for awhile. About a year ago, the Chinese government started an anti-corruption campaign. This lead to many arrests in Macau, including the nephew, Alan Ho, of a prominent casino owner, billionaire Stanley Ho, who was arrested for running a prostitution ring in the casino he managed. Business Insider reported that even Stanley Ho’s wealth, prominence, and political influence was no match for the Chinese government. The effect on casino business in Macau is that revenues have fallen between 30% and 50% since the crackdown began.

It seems as if the Chinese mafia replaced the Italians in global operations, which extend back to Vegas. The 14kTriad Chinese crime syndicate was allegedly using Caesar’s casino in Vegas for illegal World Cup gambling. The operation was run by a businessman from Malaysia, named Paul Phua. The criminal trial was thrown out when the judge ruled the search of Phua’s home was illegal and therefore the evidence against him was inadmissible. With the criminal charges dropped, Phua got on his $48 million jet plane and flew back to Malaysia.

Allegations Against Sheldon Adelson
Las Vegas billionaire Sheldon Adelson, who owns the Venetian, Palazzo in Vegas, and the new Sands hotel in Macau is involved in a wrongful termination civil trial, brought forth by Steven Jacobs. Jacobs was the former CEO of Adelson’s Macau operations. This trial is insider whistle-blowing of major proportions

Jacobs claims he was fired because he refused Adelson’s demand that he pay bribes to corrupt Chinese government officials.

Under US law, it is a crime to pay bribes to any government official, anywhere in the world. Any U.S. citizen who does this faces prosecution by U.S. authorities, no matter where they are physically located in the world.

A combative Adelson, forced to take the stand, said they could bring Mao Zedong, Mussolini, Stalin, or Hitler to testify against him and his associates. The testimony reeked of arrogance. Was Adelson inferring he was just slightly less of a criminal than those mass murderers who are now all long dead?

The current allegations against Adelson are not being made by bad guys against him. The allegations are made by former employees who say they refused to conduct criminal acts when ordered to do this by Adelson directly. The outcome of this civil trial is one to watch, because it is not a criminal trial, nevertheless the evidence revealed might lead to one, if it can be proven that Adelson broke the law.

It’s as if the entire world is attacking the casino industry
http://www.businessinsider.com/gobal-casino-crack-down-2015-6

It Doesn’t Matter Who’s Your Daddy In Macau Anymore
http://www.businessinsider.com/stanley-ho-nephew-nabbed-in-macau-bust-2015-1

PrevOnline Gambling: A Study and Overview
The US Supreme Court’s Road to Legalizing Sports GamblingNext