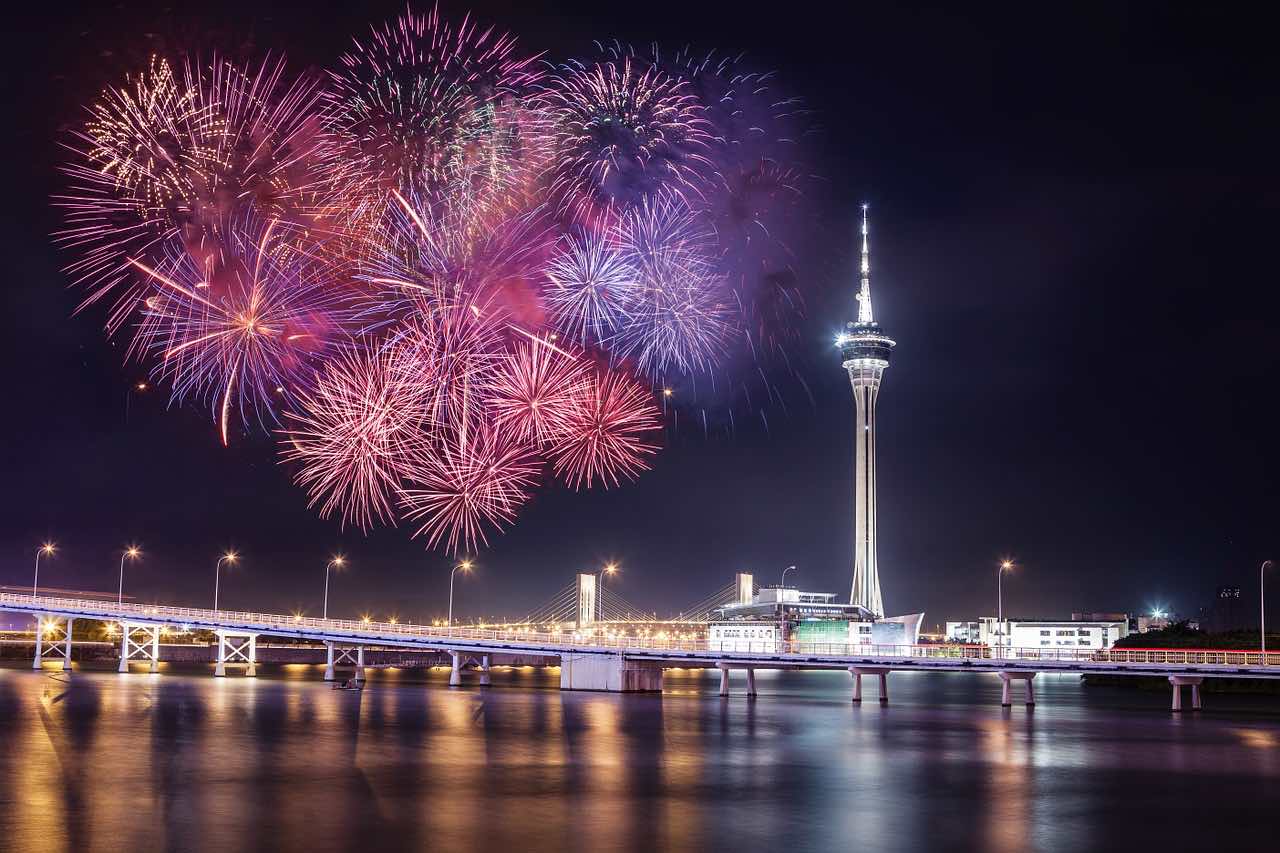 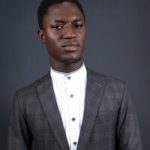 As tourism attracts foreigners to a particular spot, so do casino franchises. Millions of gamblers troop to different countries for a fresh and invigorating gambling atmosphere. Casino lovers travel worldwide to get a taste of the best land-based casino experiences. Because it is such a thriving business, many cities are well known for gambling and casino activities. More than enough gaming action is available to keep anyone occupied both night and day. Players willing to take a break from playing at online casino sites and experience traditional gambling in any of these cities will find a casino in almost every nook and cranny.

Monaco has been the oldest presence in the industry of gambling and casinos, but in modern times, other cities keep pressing to bring out the best gaming innovations. It’s hard to narrow it down, but we have gathered cities with promising casino experiences, the latest table games, slots, poker, and more. 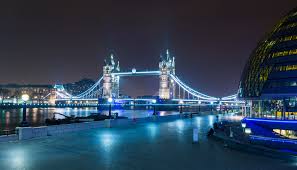 Having London as number one on the list is no surprise at all. The city is filled with casinos and gambling corners everywhere. In 1828, William Crockford, with the sponsorship of the Duke of Wellington, opened and established Crockford – the oldest casino in the city. Crockford is located in Curzon Street, Westminster, and is still London’s most exclusive and stylish casino to date. The gambling laws are flexible for adults, while minors are strictly prohibited, so this keeps children away from gambling on London’s streets. There are many land-based casino venues in London that there’s no way of getting bored at all.

Here are some of the top London land-based casinos: 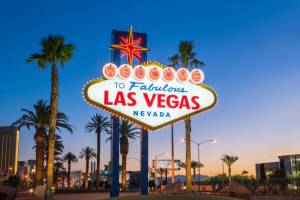 It would appear as though the city was built specifically for casino gambling purposes. At night time in Las Vegas, it is nearly impossible for guests to simply fall asleep as the real fun begins then. Known for bright lights, loud music, and the most luxurious edifices, it is the ultimate gambling destination for every casino player.

Needless to say, there are plenty of casinos, and many of the world’s top venues are located on the four-mile road of the Las Vegas Strip, including:

The liberal gambling laws are certainly the main propagator of the city’s success. Every casino gambling option is available here, from the best slot titles to blackjack, roulette, poker, craps, and more. 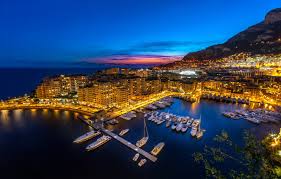 Long before the James Bond films were made, Monte Carlo was a small bankrupt town until the first casino was established on its shores in the 19th century. Since then, Monaco began moving the ladder of the rich to date.

When you want to gamble with the crème de la crème of society, the city of Monte Carlo in Monaco is the right place. It is the home of glamour and the elite lifestyle. Millions of people around the world troop in to buy the most expensive toys and rest in the most expensive hotels for holidays and business, but the fun is not complete without visiting some of the famous casino joints. You might be distracted by the antique designs as you walk around looking for the best casinos in town. Popular favorites are:

Granted, you’ll need big bucks to tango at the casino, but you could also visit the 19th century themed casino hall for a small fee and experience world-class gaming in person. 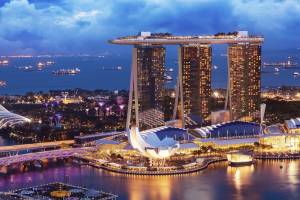 In 1960, a Tikam gambling Board became the reason kids would trade their lunch at school. For 5 cents, they would get an envelope with a number inside. The number corresponds with a prize on the Tikam Board, which could be a toy, stationery, or snack. Kids would spend all day trying to win the ultimate prize on the Tikam Board. It may not be the most appropriate illustration, but it shows the long-standing tradition of gambling that has bloomed into what we see today.

Singapore is Asia’s biggest hotspot for gambling and boasts the most spectacular tourist attractions and state of the art resort hotels. Marina Bay is one of the top cities in the world, with advanced technology orientation. Book a room with underwater views at the integrated resorts world Sentosa for a truly tropical experience. The largest resorts each feature thousands of slots and hundreds of gaming tables, making this destination a must-go for the avid gambler. 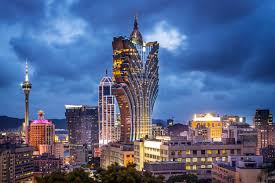 Since the 1850s, gambling in Macau has been legal after the Portuguese government legalized the activity in the autonomous colony.

Macau has been a hotspot of gambling before Las Vegas. Although Las Vegas is ahead of the game, Macau seizes to relent but push more to rise. Nicknamed the Las Vegas of the east, it remains Las Vegas’ biggest competitor in the whole world. The best gambling companies pitch their tents to do business and bring all sorts of captivating table games and slots. Visit the Cotai Strip for some of the top venues, including: 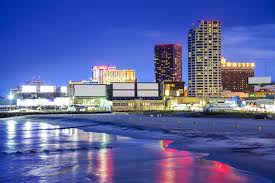 Atlantic City is the inspiration behind the US version of the board game Monopoly. In 1976, New Jersey voters legalized casino gambling in Atlantic City, and the first casino opened two years later. Atlantic City’s boardwalk is the place to be if you’re ever in the northeastern US. Several casinos are available for players to slide in and make some real money, such as:

Plus, the beach is a stone throw away, so you get to bask in the sun during the day and get the dice rolling at night. Looking for blackjack entries and exciting slots, then Atlantic City is the host of casino industry leaders. 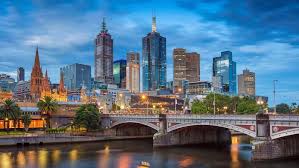 Crown Casino was the first casino to be opened in 1994 at the World Trade Center. Initially located on the northern bank of the Yarra River, it was later relaunched in 1997. This marked the beginning of the country’s gambling revolution, and since then, casino gambling has grown geometrically.

In addition to Crown Melbourne, we have:

There are ongoing plans to enlarge the capacity of hotels and casinos. Australia remains of the top tourist hotspots globally, and with good weather all year round, players can visit at any time. Visitors in January get to experience one of the most famous live poker tournaments, the Aussie Millions Poker Championship. 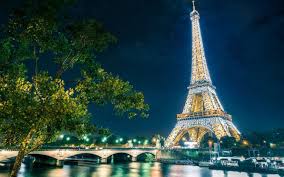 France has a long history of gambling. In the 17th century, French mathematician Blaise Pascal invented the roulette wheel, which later led to the introduction of the game as we know it.

Best known for its iconic monuments and romance, nightlife in Paris cannot be described with mere words. You would need to witness it for yourself. The wealthy and famous gather at the nearest roulette table by night to showcase their gambling skills and try out their luck. Imagine nightlife littered with Gucci and Fendi; that’s Paris for you. The top venues in the city are: 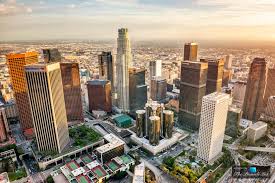 The first casino ever on California soil was the Bicycle Casinos, founded on November 30, 1984, by George Hardie Sr. It still stands strong following renovations to the casino and hotel.

America is the cradle for gambling and casinos, as we are already on the third US gambling destination.  Even though Los Angeles cannot be compared to the famous Sin City (Las Vegas), it boasts beautiful and impressive casino gambling locations. Players can easily make their way into any of the casinos by day or night and experience what gaming options the city offers. 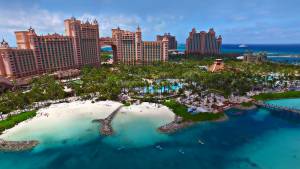 The Bahamas is where most people choose to spend holidays and honeymoons, but it has more to offer than an amazing coastline and beautiful beaches. It stands to compete with world-leading casino franchises. The oldest casino, Atlantis Paradise Island, was opened in 1968 and was called Paradise Island Hotel and Casino at the time.

Now players can try out the best of roulette, blackjack, and slots at various locations, including:

The best casino destinations are diverse in culture and history, but one thing is communal – the presence of the biggest and most extravagant land-based casinos. Fly around the world and experience gaming at its finest in the top casino cities.