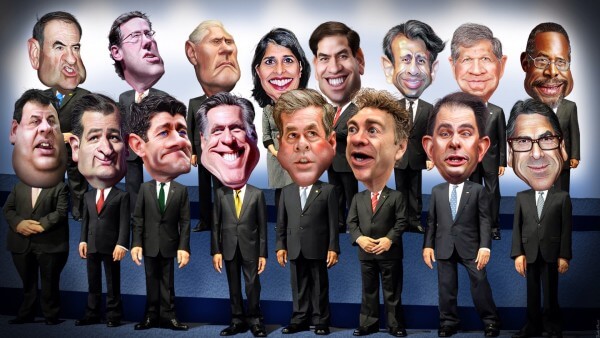 If one wanted to know what the next President might think about the current state of U.S. online gambling, we don’t need to go any further than the candidate pool that already exists. At least two hopefuls have made it clear they not only don’t like the idea of online gambling, they will also move actively against it. Both Senators Lindsey Graham and Marco Rubio put out new bills to reinstate the language from the original Restoration of America’s Wire Act that now allows online gambling in a co-sponsored package.

While the new language proposed by the pair of Senators is not law yet, it has been designed to match quite a bit of the version that is in the House of Representatives. That makes the possibility of the new law passing fairly high, at least in terms of getting through Congress. The two sides, the House and the Senate, will easily match up the versions and work out the differences in short order.

The new language is fairly direct, and would effectively erase a lot of the inroads that have already occurred under the current Administration and regulatory allowance by the Justice Department. The ramifications of such a reversal would be huge. Already operating online casino operations would be halted until states could make sense of the new law, like ending up in a protracted delay until clarified by the courts.

Much of the rhetoric is centered on the idea that online gambling is a corruptive influence and gateway activity to further crime. Does that statement sound familiar? It’s the same narrative that was used for marijuana for decades. Some scripts don’t change. Of course, there’s a bit of a swipe at the Administration with the new law proposed as well. Congress never likes it when a President goes off and implements his own ideas of a law through administrative regulation. So it’s well within Congressional member’s behavior to try to claw that power back when they can. And, being an election year, the shot is a clear distinction from the Democrats, allowing the two Republican senators to stake out a campaign issue all their own that Hillary Clinton hasn’t spoken on yet.

For now, at least in the current year, the new law won’t make it to the final step of enactment. That’s mainly because President Obama holds the veto power to shut it down, especially legislation from Congress that would reverse and negate his current position on online gambling control through the Justice Department. And Loretta Lynch, the new Attorney General, knows where her boss stands. Three states are already well into an established online gambling regulatory system and have loud voices in Congress as well. And a number of others states want to see the status quo remain so they can get into the act and enjoy the tax revenues that come from gambling.

So there’s nothing likely to occur as a big change in the immediate horizon, but the Republicans have already made it clear with two of their players that online gambling is a target. And if they get traction, it could be a target with a significant, negative outcome for the new industry before it really gets started.