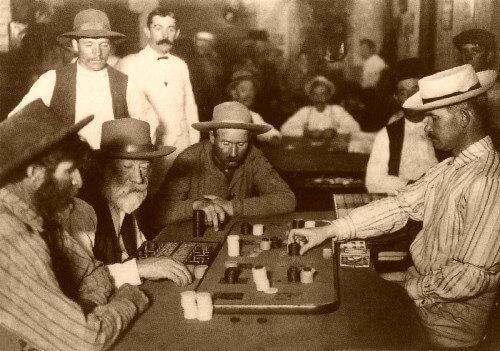 US States Looking to Gambling to Fill in Budget Deficits

8 of the 50 US states offer land-based casinos and in total, 30 states offer some type of real money gaming option. These options run the gamut from offshore gambling “riverboats”, to Indian reservation casinos, to the state lotteries. It has been several years since The Great Recession, but many states are still struggling to dig themselves out of a financial hole. At present,16 have calculated a possible budget shortfall for the next fiscal year. Nevada and New Jersey have known for years what other states are just now finding out… gambling offers an opportunity to fill in budget deficits.

Some states with legal gambling, such as Pennsylvania, are looking to expand to other forms of gaming including internet-based. This state is looking at a possible 2. 3 million budget shortfall for the next calendar year so if they take action it will be soon. Without gambling revenues, Pennsylvania is looking at cutting several public services or increasing taxes. The senate is looking at a number of measures that will either increase gambling options, including online betting or allowing already existing establishments the option of including slot machines.

Maryland opened their first casino on September 17, 2010. The state then added a slot machine option to increase gambling at other areas in the state. Ad revenues have increased, and Maryland’s deficits decreased, they have turned to larger known casinos to build new gaming establishments. On December 20, 2013, MGM, a casino staple in other gambling cities, was awarded a license to construct a $925 casino in National Harbor that is set to open sometime during 2016. At present, the state has 6 existing gaming establishments. Last year alone, 270 million was placed in the Educational Trust fund, from tax revenues.

Even conservative states such as Alabama want a piece of the revenue action from gambling profits. The state is looking at a huge budget shortfall for the next year, and the governor has proposed increasing state taxes to make up the difference. Those looking for re-election aren’t as eager to up taxes and instead are proposing legalizing gambling in Alabama. After all, neighboring Mississippi has seen an increase in revenue and services since legalizing dockside gambling in the early 90’s. Later, revenues continue to increase when onshore gambling became legal. The Alabama legislator is set to bring up the gambling issue during this year’s legislative session.

Massachusetts has had legalized online and offshore gambling for a number of years. This year, 2015, marks the state’s introduction into land-based gambling with a casino in Plainridge. It is set to open sometime during the summer of 2015. Other casinos will be opening in the next two years, including those in Everett and Springfield. In addition, the state is hoping to legalize online gaming. With the state’s fiscal 2015 budget shortfall possibly reaching 1.5 billion dollars, the casinos are a welcome addition to new tax revenue that might just help lift the states budget out of the red. Experts predict that this will take a number of years to occur, but are looking to gambling revenues as one possible means of increasing state money.

One major roadblock includes reluctant legislators and constituents putting pen to paper. Individual states rely on legislators to present bills and referendums to the voting public. When state lawmakers take into consideration the windfall from legalizing gambling, their attitudes often change, especially when it comes to cutting much-needed services such as education, elderly services, and infrastructure projects.

Another major issue includes land zoning, which is generally done at a more local county level. State authorities rely on local senators and representatives, along with gambling officials, to speak on behalf of the gaming industry. With states such as Nevada bringing in 254 million a year in gambling tax revenue, the numbers often speak for themselves. Nevada has one of the best beginning teacher salaries in the United States, thanks mostly to increased tax revenues from the gaming industry.

Some predict that it won’t be long before there is legalized land-based gambling in all 50 states. Others think that this is not even a remote possibility. But as tax bases dwindle and services are cut, it is a huge likelihood that even the reluctant states will begin looking at the gaming industry as an option to increase their state’s funding and tax revenues.