James Mackey began his August with a broad smile all the way to the bank when he won the WPT (World Poker Tour) Choctaw first-place all cash price. The thirty-year-old poker professional player received a whopping win amounting to U.S dollars 681,758. This was his first WPT title since he got interested in poker tournaments while studying at the university of Missouri along with his roommate, Blair Hinkle.

Now a member of the WPT Champions Club, James Mackey was clearly happy beyond words when he was crowned the new WPT Choctaw champion on Tuesday, August 2nd, 2016, in Oklahoma. He went on to celebrate his massive victory on Twitter. James thought it was awesome to eventually win a tournament he had played for a whole decade. He also congratulated his playmate, Benjamin Zamani, who took the second place, by saying that his game was great.

To date, James has made over 3.5 million dollars in live poker tournaments. Sine the WSOP (World Series of Poker) bracelet win in 2007, 5000 U.S dollars No-limit Hold’em event, which paid him U.S dollars $730,740, the Nevada poker pro has not had another huge win like it. This one brings things closer to record breaking wins.

Mackey appeared in the last table consisting of six players and was in third chip position. Clearly, the competition was tough and among those he had to eliminate Benjamin Zamani, another WSOP bracelet winner. Craig Varnell, the Aria WPT500 winner, 2015, also appeared on the final table.

Surprisingly, Mackey put him in the third place. He seemed to do better than Benjamin, who did not pick up several hands from the time the game began. Before long, he was clearly dominating the game and after only thirty-six hands, he gave the tournament an early finish. Zamani, who was also working tooth and nail to win his first World Poker Tournament title, took the second place. While the two place thirty-six hands, Mackey took most of them and took an early lead.

The triumph; The end

When the final hand emerged, the thirty-sixth hand, Jame Mackey had a lead of more than a lead of three-to-one. Shortly after placing all his seven-point-four million dollar chips into the pot, his opponent quickly called. The game was over. During the recently completed 1066-player Tournament in Durant, Oklahoma, Mackey won the heads-up.

All the same, Busquet is the sixth most popular winner in New York and an enduring WPT Champion Club member who has made a very impressive $7,116,221 in his lifetime with WPT.

Craig Varnell took the third place and got 960 POY points and 306,346 dollars. Bastian Fischer, the fourth champion got 230,300 dollars and 720 POY points, while Jack Doung, the fifth winner with 600 POY points, took home 175,122 dollars. Position six went to Matthew Smith, who got 480 POY points and 134,720 dollars in earnings. Though all were winners, in the end, James Mackey carried the flag for the day.

James Mackey got interested in playing poker at an early age. In an interview, he claims to have become a professional poker player a whole year before Blair Hink, his campus roommate, ever knew it. During his first serious attempt to play poker, on a summer break, Mackey made a whopping 100,000 dollars. Then he took a whole year off school to focus only on Poker.

Before his first WSOP victory, in 2007, Mackey made thousands of dollars in earnings in-between. For instance, he joined the last table during a Five Star World Poker Classic Event at Bellagio and made 61,235 and another 580,213 dollars participating in a WCOOP (World Championship of Online Poker) event.

Then the year 2008, WSOP came when he narrowly missed his second bracelet win and became the second best. In April that year, James Mackey played at Bellagio and made it to the final tables where he made 95,000 dollars and 50,565 dollars respectively. 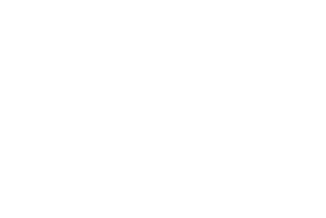