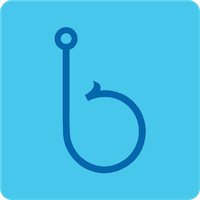 The American sports betting market has a huge appetite, making tech savvy companies venture into designing social sports betting apps for the first time. Bait, a sports betting app is not an exception to the ongoing craze making it the newest entrant to the gambling app market with its unique Uber-like player rating system.

It has successfully completed the testing of its beta version in Chicago. Bait is set to give sports fans a leeway to gamble without necessarily having to sign up unlike in the traditional sketchy online gambling sites. Your character levels and is displayed with others showing your ratings in regard to how well you bet!

• No Sign-up Fees- The app does not take a cut of the gambling stake, unlike the traditional betting exchange. Bait will heavily rely on advertisements to make its own money, instead of using vigs to make money from bettors.
• Downloadable from the Apple Store- Being a sports betting platform for iOS only, this app will allow people to place bets across a variety of sports. It syncs with the phone contacts, allowing it identify other Bait users, who may rely on the opposite side of the bet.
• Pairing Acquaintances- Working under betting exchange, this app positions itself as a betting app, for friends and acquaintances. Through this, you bettors will be able to avoid the worst of the nonpaying offenders like strangers.
• Venmo Accounts- After the underlying match is over, the app redirects each of the bettors to their Venmo accounts in order to get their considerations. An interesting twist to using Bait is that a losing bettor do not have to pay up.
• No Middlemen- This app uses a heads-up wager on the upcoming events. It eliminates the need of placing bets with an offshore bookmaker, hence bet directly with your contacts.

Many regulators have lauded the move by the federal government to keep track of the informal betting activities which is largely done between friends. Known as casual betting, which is estimated to be costing the taxman up to USD 145 billion in 2015, Bait will provide a way of netting such huge taxes being lost in this type of gambling. However, since Bait has not gained the much required popularity among bettors, bets are that netting casual bettors will still remain a challenge in the coming years.

The official launch is scheduled to be a few weeks before the new NFL season. However, much remains uncertain, with the daily fantasy sports industry facing the potential of increased regulations in different states. For example, in the state of Illinois, attorney general Lisa Madigan ruled that sports betting is practically illegal under the law. In Chicago, where Bait is being developed, a potential betting firms, SportsLock had to pull out their fantasy app from the App Store, thanks to the legal turmoil in the industry.

Bait’s targets the long tree map of American cell phone users, which is unarguably a very good start. However, this type of exponential expansion will take time, considering that factors such as consistency of the market and its independence in running its affairs plays part in the giving the positive end-user experience.

Despite this, nothing significant seems to be stopping this app from launching as from August 7, 2016. It will enable fans wager on NFL, NBA and golf tournaments, Ian Peacock, Bait’s founder confirms. One thing remains clear: After Bait becomes popular, it could ease up the sports betting legalization efforts, but predicting that is harder than winning most sport bets!

Look for our update when Bait is released publicly by bookmarking this page.