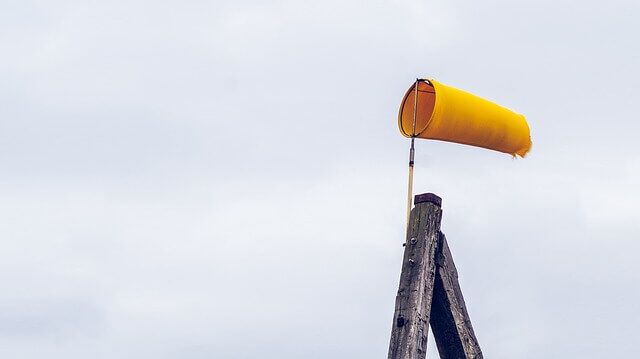 You wouldn’t expect to read about a hurricane in casino news, but last week hurricane Laura caused serious damage to a number of casinos in the Lake Charles area of Louisiana. The storm did not only cause destruction in the Bayou State but also in Mississippi and Arkansas.

The SOS Alert is still on at the moment of writing, even though hurricane Laura has been downgraded to a Category 3 storm. Nevertheless, the people from this part of the United States are advised to stay in their homes if possible. Instead of going to retail casinos, gamblers from the affected areas should better look for alternatives on the internet.

In fact, that’s what most of them have been doing for most of the year, although for another reason – COVID-19. One of the consequences of the pandemic is that the online casino industry has seen a huge growth in 2020. The states that have legalized online gaming have been getting a lot of tax money from this industry over the last couple of months.

That’s something that’s prompted additional US states to start working on making online casinos legal. In July, West Virginia became the fourth state where it’s possible to play online casino games. Michigan is next in line, with its first internet casino expected to go online by the end of the year.

The storm hit the Louisiana shore around 11 p.m. on Wednesday, causing heavy wind damage to dozens of properties in the Lake Charles area, which is famous for its retail casinos and resorts. Golden Nugget Lake Charles was one of the casinos that suffered the biggest damage, with 150mph winds demolishing its roof.

As a result, the casino had to close down. At the moment, it’s unclear when it will return to business. It’s a similar situation with other nearby casinos, including those owned by major US gaming brands, such as Caesars Entertainment.

Isle of Capri riverboat casino, for example, broke loose from its moorings due to strong winds. The hurricane then pushed the Caesars-owned riverboat down the Calcasieu River before eventually crashing it into an interstate highway bridge.

The damage caused by the storm is just one of the series of blows the US casino industry has suffered this year. The biggest problem for the casinos has been the COVID-19 lockdown, which particularly affected Las Vegas. For 78 days, all the casinos in Sin City had to be closed to the public.

Nevada’s casino industry came back from the dead in June when most of Las Vegas casinos reopened, albeit at reduced capacity. Nevertheless, a report recently released by the Nevada Gaming Control Board (NGCB) shows that NV casinos managed to create a total revenue of $756.8 million in July, which was the first full month of operation post-lockdown.

That is a pretty decent figure considering that in the months before that, casinos had earned practically nothing. Still, when compared to the revenue from July 2019, the figure shows a 39.2% drop.

Casinos in Nevada are expected to make more money in the upcoming months unless COVID-19 pandemic returns with a vengeance. There are some worries in the health community that a second wave could happen, suggested by the fact that there were more than 500 cases of COVID-19 among Las Vegas visitors.

500+ Tourists in Nevada Infected with Coronavirus

As of August 15, there are at least 530 Las Vegas visitors who have tested positive to COVID-19. The number includes only tourists living in other parts of the United States. Nevada residents are not taken into account.

So far, the state has seen more than 60,000 cases, as well as over 1,200 deaths. Truth be told, most of those cases happened during the peak of the pandemic, which has slowed down in summer months. Even with casinos reopening in early June, the state hasn’t seen a too drastic rise in the number of coronavirus cases.

Nevertheless, “stay home” remains the advice of virologists. Instead of going to crowded casinos, gaming fans are advised not to risk anything and play casino games from their home. The problem is that this is something that’s currently possible in only four states. Still, their number will probably go up soon.

In addition to New Jersey, Pennsylvania, and Delaware, which have been gaming-friendly for a while, West Virginia has legalized online gambling not too long ago. The ban on online gaming was lifted last year, but no casino sites went online before July when WV DraftKings Casino launched.

BetMGM has started its West Virginia operation on Thursday, August 28, with the launch of its new online casino. The platform comes as a result of the cooperation of two gambling companies, American casino giant MGM Resorts and UK software developer GVC Holdings.

We have the largest selection of online table, slots and jackpot games in the state 🎰

The GVC is there to take care of all the technical stuff, including the website, payment systems, and casino games. The role of the MGM Grand is to provide financial resources, as well as use one of their West Virginia-based casinos as the basis for the operating license. The casino in question is the Greenbrier, one of the biggest and oldest retail casinos in the United States.

The same as the real-life Greenbrier, its online version also has a decent selection of games at the players’ disposal. A day after the official launch of the web-based platform, there are more than 30 casino games, including tables games like blackjack and roulette, as well as some online slots. They also have extensive guides on how to play these games for fun first.

Speaking of slots, BetMGM online casino has a progressive jackpot slot in its game offer. That is something that the other WV online casino, DraftKings Casino, does not have. The main prize of this game will keep rising until a lucky player hits the jackpot. Depending on how long it takes for this to happen, the jackpot could get to several million.

Whether DraftKings will add some progressive slots to its collection remains to be seen. However, such a scenario does seem very likely. The reason is that the competition is going to get much harder in the future. At least two more casinos should go online by the end of the year.

BetMGM To Go Online in Pennsylvania and Michigan This Fall

Casinos owned by MGM could not make big profits this year due to the COVID-19 lockdown, which made the MGM management start looking for alternative sources of income.

That explains the rise of BetMGM online casinos. Before launching one in West Virginia, MGM did the same in New Jersey. The company has no intention of slowing down, with their next online casino destination being Michigan.

This state has made online gaming legal a few months before the coronavirus outbreak. However, there are still no operational internet casinos in this state, although probably not for too long. The marriage between MGM Grand Detroit and the GVC should give birth to another online casino. We should see the Michigan BetMGM going online in November this year.