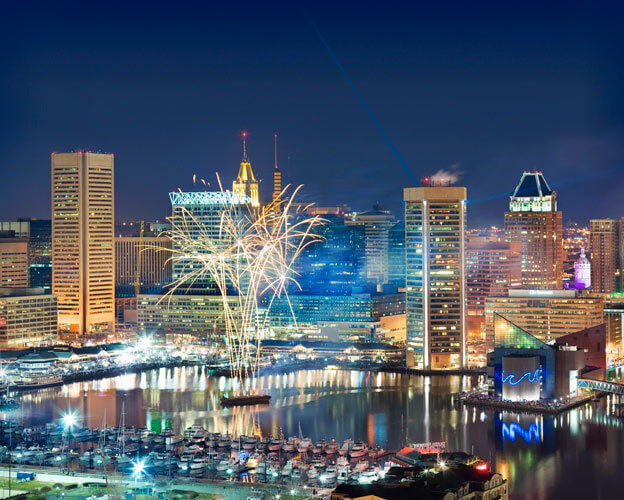 Not everyone may think of spending the night gambling when they picture the historic city of Baltimore Maryland, but at least 1,700 of the city’s unemployed residents are now thinking casinos, and in a big way.

What is starting all the excitement is rapidly being constructed on Russell St. Drive. After circumventing a traffic nightmare, and the first and only thing that you will notice in the skyline is the quickly growing large hotel and casino, which will be the first in Baltimore City. The Horseshoe Casino is bringing 1,700 badly needed jobs to the Baltimore area, and the residents plan on taking them. Mayor Stephanie Rawlings-Blake, who has long been a supporter of the casino, has pledged to make sure these jobs stay in the area, and she has the full support of the city council behind her.

Fortunately, the Horseshoe’s directors agree and have already promised to send their recruiters into all of Baltimore’s districts, including the 4 low income. General Manager of the Horseshoe, Chad Barnhill promised to “not leave any stone unturned” in the casinos search for employees. Mr. Barnhill even went on to state that the casino only wanted to be represented by employees from the immediate Baltimore area.

Time is Running Out Though:

With construction moving along quickly, the casino is already looking to fill all of their available positions, and recently announced that they were in a hiring partnership with the city of Baltimore. This will allow the $446 million casino and the city to work together to reach the majority of the unemployed. Already, 1,200 job applications have been turned in, so both city and casino officials are warning that time is running out to claim the remaining jobs.

So they Hosted a Job Far

Under the supervision of Councilman Carl Stokes the new casino hopes to employ locals over sourcing their staff through third parities. Stokes said, “If we’re going to encourage job creation, we should also encourage that many of those jobs should go to local residents who are otherwise unemployed, because we have a situation where men and women aren’t able to provide for their children or themselves — which results in the decline of families and neighborhoods.”

With the hopes of so many of Baltimore’s unemployed hanging on the promise of these jobs, and internet gambling already in place, it is little wonder that everyone is thinking of casinos in the Charm City.