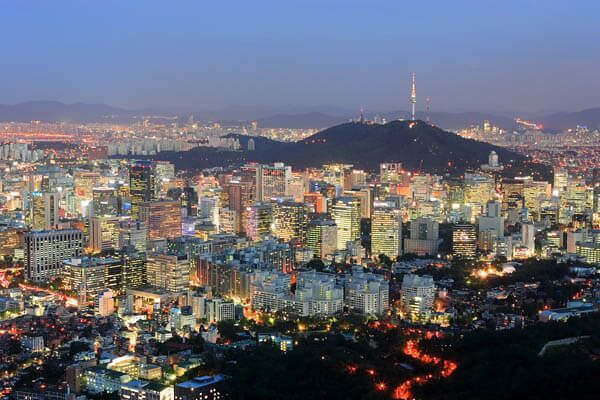 Approval of the First Foreign-Run Casinos in South Korea

South Korea recently approved the construction of its first-ever foreign-owned casino, contrary to the country’s reputation of keeping their waging activities to themselves. The South Koreans are currently Asia’s fourth-largest economy and is hoping to imitate the profitable Macau and Singapore locations in an effort to attract additional tourism money from China. The Tourism Ministry granted preliminary approval for the initial phase of the project which is valued at over $2.2 billion. This new gaming location in South Korea will allow competition from within the country as well as other countries from the Southeast Asia region.

The newly constructed casino resort will be a multistage project featuring  a hotel and a shopping center as a joint-venture between Caesars Entertainment Corporation, based out of Las Vegas, and Lippo Limited of Hong Kong. The casino will be located near the Incheon International Airport (see map below), directly West of Seoul, the largest city in South Korea.

Currently, there are 17 existing casinos in the South Korea gaming marketplace. Therefore the decision to permit foreign-run operators to compete against the existing companies comes following South Korea’s President’s pledge to improve the service industries while lowering their dependence on exports. Since over one-third of visitors to South Korea are Chinese, their hopes are to improve that number, and thus revenue with this investment. In addition to this new construction, Japan’s Sega Sammy Holdings Incorporate has collaborated with Genting Singapore PLC in an effort to acquire a casino license and build in South Korea.

In addition to the direct income being brought in from corporate taxes as well as spending from tourists, upon approval, Lippo shares immediately soared by 36% to a record close in the Hong Kong trading market. This is seen as adding to the fuel in that the more money invested, the better the final results should be. Surprisingly, Korea’s largest casino operator, Paradise Co., also gained 4.4% at the end of the Seoul trading day thwarting the experts predictions they would see a fall out. Additionally, the Grand Korea Leisure Company gained a 2% increase in shares after the announcement further showing the public’s excitement about the project.

The numbers and timing is staggering as this will be the biggest venture of its kind. The South Korean government is planning on drawing 10 million Chinese visitors per year by 2020 compared to 4.3 million in 2013. Chinese tourists made up a third of the visitors to Korea in 2013 and also made up 41% of casino visitors in 2012. This project has the potential to add over $800 million to the economy and create over 8,000 new jobs during the construction which is scheduled to occur between 2014 and 2018.

It’s All in the Logistics

16 of the 17 South Korean casinos are open to foreigners-only. That’s right, if you are a citizen your only hope is to travel out of country, or to visit the one that financially benefits the government directly. Together, their combined revenue was $2.3 billion achieved by attracting over 5.4 million bettors. However, revenue at foreign-only casinos increased by 15 percent a year for the past five years., while the locals gambling hall saw a 2 percent deficit. Therefore, the newly proposed casino will only be available to foreigners only, and will be staffed with South Koreans. This project is expected to change the landscape of the gaming industry because it is the first resort type establishment that restricts current residents from entry, aside from being the first in the region. The project will create the first casino that can cater to the growing demand of family oriented resorts that still offer gambling.

Adding two more to the roster, Sega Sammy and Paradise are also looking to drop big bucks to develop a hotel, casino, and shopping mall that will also cater to foreigners-only nearby. The initial phase of the project is expected to be completed by as late as 2017. Also, Genting Singapore will be collaborating with Chinese property developer, Landing International Development Limited, to construct a $2.2 billion casino resort located on Jeju Island, a province far south of the mainland.