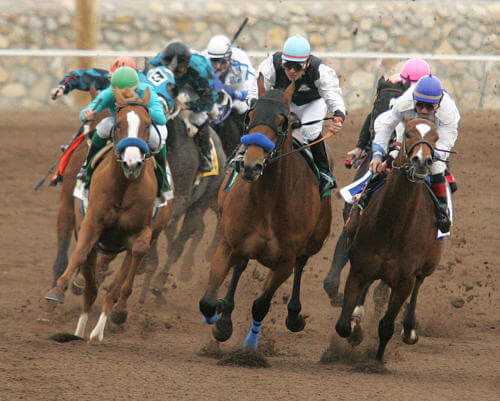 Arapahoe Park, Colorado is a place that generally does not come to mind when the issues of state operated casino gambling and how it is regulated is discussed. However, the people who own the racetrack at Arapahoe Park are looking for a second source of revenue that will enable them to extend their hours of operation and no doubt increase their bottom line. There is not what is considered to be a major opposition to the expansion, there are still unheard voices, and there will be hearing and a vote taken before a gaming license is issued.

Located near the city of Aurora CO, the racetrack in its current form does not seem to bother most area residents. The racing season is generally held between May and August of each year and the increased tourism is an added benefit. One resident commented that they occasionally go to the racetrack several times a year and enjoy having it there, but she is opposed to the addition of a casino.

It was mentioned earlier that this is not Las Vegas, this is not the place avid gamblers travel to in order to have a chance at winning big and retiring. The racetrack is only open 39 days out of the year, and this proposal means 365 day a year operation. The current owner hopes to keep the facility open longer and believes the addition of a casino would help towards achieving that end. Added to the facility would be a maximum of 2500 slot machines and 65 gaming tables. The state is beginning the vetting process, speaking with local homeowners and preparing an economic and environmental impact report. So far everything seems to be going according to plan.

But there are those who oppose the addition of the casino, and their reasons, or non-reasons for doing so is what makes this situation interesting. One resident says the horse track is fine, “but we don’t need gaming.” Everyone is entitled to their position in the matter, but this seems to say one type of gambling is acceptable but others are not. The casino is not being added for everyone’s benefit, just the owners and those who would welcome the addition of a casino.

In an odd side to this story, the issue of children becomes relevant. Currently, the racetrack is open to all ages, making it a family friendly venue where everyone is allowed. The addition of a casino would change that, making certain sections of the facility off limits to the under 18 group. “We are a family oriented community”, said a mother of two teenage boys, “when we go to the track we are going to see our friends and family, not people losing their money”.

The other side of the issue is compellingly pro-casino because of where that money is going. A new plan being devised would earmark 34 percent of the casino revenue to be taxed and budgeted for education programs for K – 12 students statewide. This education funding plan is not unique to Colorado, so part of the bigger strategy is to take some pressure off of the state budget. Currently the gaming tax is at 13 percent so there is no doubt that this could increase revenue to schools, but at what cost?

Back to the anti-casino logic, the standard concerns of drunk drivers, increased traffic, transient types, light pollution and more noise have been brought up. A quick view of the area on Google Maps (see below) shows there are not many homes in the immediate surrounding area of the racetrack. Access to the proposed casino seems to be singular and direct. Coming from 470, the visitors will then get on to East Quincy Avenue which will take them almost directly to the facility. This route does not come near any of the residential homes in the area.

A resident who has moved to the area for the quiet and because it is in close proximity to Southlands Mall has already decided to vote no on the proposal. His reason is that he is not interested in a casino being built at Arapahoe as it will not bring anything good to the community directly and may become a place, “…where bums hang out”. A lack of interest is usually understood as apathy but in the case of adding a casino, apathy equates to a no vote. Though admitting to not having heard of the proposal until asked about it, his opinion seems to have been formed based on zero knowledge of the educational benefits attached to it and is perhaps a reflection of his anti-casino stance.

The arguments made against state operated casinos are often made in the tone of the two Arapahoe residents in this article. To be fair, they are likely similar to many people who simply have predetermined positions on gambling, for moral or ethical reasons, because they have their own lives and cannot be bothered with looking into the facts. The question is if those facts will benefit them and their children by providing a steady flow of money into the states budget, as it is possible it will be spent elsewhere. From the available evidence it seems that many of the Arapahoe residents are supportive of the proposial, but there are still plenty anti-casino obstacles placed to be hurdled before it is over.