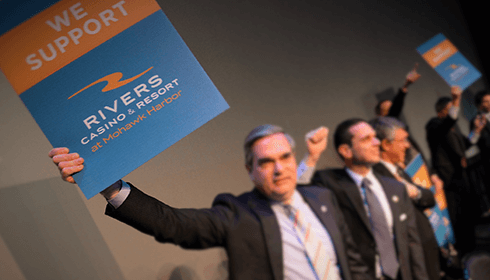 It is the holiday season, almost the new year, and there are already three lucky winners in New York State. The New York Gaming Facility Location Board awarded licenses to the Finger Lakes, Schenectady and Thompson, Sullivan County entries. Many of the experts were somewhat surprised at the board’s choices, which goes to show what the experts know.

What can be said about the decision is that thus far New York has done an admirable job in its state casino strategy, bring profitable and being able to have a controlled expansion of new casinos in accordance with state law. People in the state have responded favorably to most of the decision-making, and the revenues have helped New York City and state managing budgets in a time where other states have struggled.

The decision is a combination of politics and more politics, but not the typical state shenanigans we too often hear about. Here is a short list of the comments and the political logic behind them.

This is what you get when you ask an academic about gambling. The state was not concerned about revenue or economic models. It was making sure of two things:

The new licenses would not be taking existing revenue away from the currently operating casinos in the New York City area. The state knows what they have, but they do not know what they will have in terms of revenue with the new casinos. Maybe that is an economic model.

The fact is that the state is running a successful and popular state casino system. Immediate revenue is great, but failure to look at a longer term scenario has the potential to repeat the Atlantic City fiasco. Democratic governments tend to last longer than a single person’s lifespan.

In a similar vein of thought about the Orange County snub, Board Chairmen Kevin Law noted, “We thought for the sustainability of one casino the Catskills region, to give it the best chance to succeed, with everything that’s going on in the state and the surrounding states, was to not have another casino in the region.”

In other words, we will not open a door to give our successful casinos a chance to fail. There is little doubt that the Orange County site would have been successful but would have drawn the ire of the people in the greater Northeastern part of the state. It makes no sense to alienate a group of voters who not only want a casino in their location, but to choose another location for the sole purpose of making more money. Besides, if the Orang County location is a predetermined success, any failure of casinos in the other locations will give the board the opportunity to push an Orange County choice through with little resistance.

“The guys in Jersey are happy because Atlantic City was facing all this pressure, and anything in Orange County would have hurt them even more,” said Chad Beynon, a gambling analyst at Macquarie Securities Group in Manhattan.

But it goes beyond New Jersey, as Massachusetts and Pennsylvania are also bordering neighbors of New York, and they have expansion plans as well. P8ushing the new casino construction further north gives all these states some breathing room and is sure to be a political marker that New York will call in when needed. Also note that there were four licenses that could have been awarded, but only three sites were chosen. That is a choice sitting on the table, to be used at the board’s leisure.

From the perspective of the gaming board, everyone comes out a winner in this scenario. The people up north are made happy, existing casinos stand pat with their territorial hold, and neighboring states remain relatively unaffected.