In 1992 employee to Stardust Hotel and Casino in Las Vegas, Bill Brennan, walked out with half a million dollars and was never heard from since. He reported to his job like he had for the previous four years, but that night he pulled off the most legendary casino heist that is still talked about on the Strip today.

He robed Stardust for $500,000; and actually got away with it. 23 years later it remains an unsolved mystery. It is the only successful casino heist in monetary value and lack of bringing anyone to justice.

It is typically only in the movies that they get away after trying to steal from a casino. This is because casinos have state of the art security systems to protect their VIP guests and high volumes of money. They have invested huge amounts of money in protecting their interests. Real life is not like; Ocean’s Eleven, getting away with robbing a casino is next to impossible.

On September 22nd, 1992 Brennan did not use a gun, a weapon, or threats to get his money. He pulled off the complex heist during his lunch break, perhaps without ever breaking a sweat. The employee then simply reported to work and when he left took half a million dollars with him.

Officials say that Brennan spent time investigating the holes in the Stardust security system; which stopped him from being picked up by cameras during his heist. This made in next to impossible for anyone to catch him during the crime or right after. In fact, it took several hours for other casino employees to determine it was Brennan who made off with the money. This gave him the time to get away from the scene of the crime and seemingly disappear.

Bill Brennan is currently on the FBI’s most wanted list and the story has appeared on America’s Most Wanted and on the crime channel ID Discovery. This is the first story of this type to garner such media and government attention. Of course, since Brennan has yet to be found the door has opened for conspiracy theorists and internet “trolls” to take this story to the next level.

A popular theory today is that Brennan did not work alone; instead had a partner or several that helped him. Many think that he disappeared because he was killed by an angry partner unwilling to share the money or that he had mob ties that allowed him assume a completely new identity; making Bill Brennan walk out of The Stardust and completely disappear. Even more believe that Brennan was able to quickly and quietly escape the country and is living it up in a country that United States officials will never be able to get to him.

The most puzzling and fascinating thing about this story is how simple it was. In other heists masterminds have used expensive equipment to hack the games. He also was able to pull it off without drawing attention to himself; other heists have involved small increments of money being stolen over time or masked robbers with guns and threats. Brennan is one of only a small group that can ever say that got away with the perfect casino heist; almost all others have been caught.

It seems that Bill Brennan and The Stardust’s $500,000 are likely to never be seen again. Will we ever know exactly how this impressive yet simple heist was pulled off? 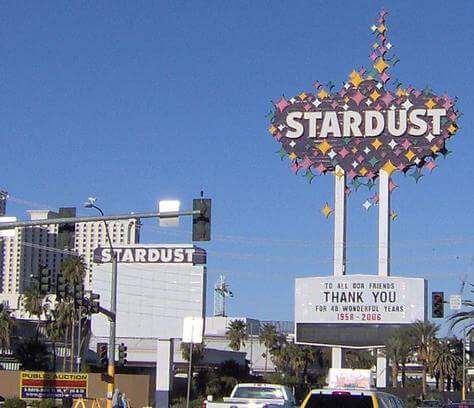