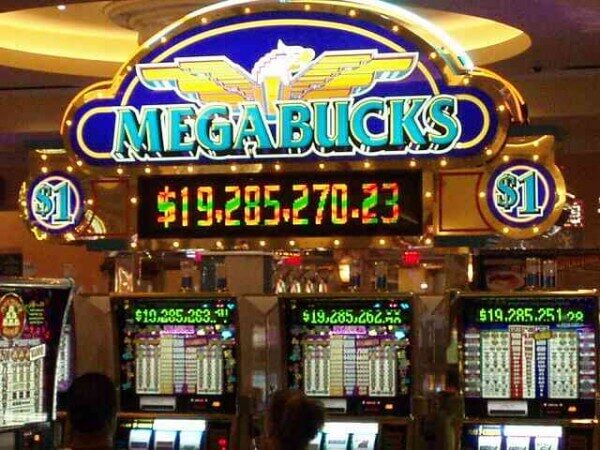 Cynthia Jay Brennan seemed to have it all. In 2000, the cocktail waitress made her way to Las Vegas for a celebration; her future mother-in-law’s birthday. At the time Brennan and her fiancé were a couple that were not bad off but they were not well off either. They both worked hard to bring in the money that they needed, but that night it all changed.

Brennan saw the good side of gambling as she pulled the handle on the Mega-Bucks slot machine and won! The statewide lottery machine was worth a record $35 million the day she played, giving her and her fiancé the money to do nearly everything they had ever wanted. The group celebrated double that night, Brennan went home to marry her fiancé in a beautiful ceremony, and the two made plans to travel the world with the slot machine winnings. However, it would not be too much later that the two realized they would give back all the winnings to change their fortune.

Only a few weeks after winning in Vegas, Brennan and her sister were hit by a drunk driver at a red light in their town. The man had 16 previous DUI arrests and the collision had enough force to kill Brennan’s sister, Lela Jay, and also shatter Brennan’s own spine.

Today, Brennan is paralyzed from the upper chest down. She and her husband claim that they would give back all of their money if only they could go back to the happy and blessed life they had lived before.

The once independent woman who worked as a cocktail waitress can now not even brush her own hair or dress herself; she needs help for even the simplest of tasks. She can operate her wheelchair with a joystick, but that is the extent of what she can do on her own.

This story is not just about tragedy however, it is about how luck and love can help even in the darkest of times.

Cynthia Jay Brennan grew up in Sacramento with two loving parents and eight siblings (five brothers and three sisters). At a young age she moved away from her family to Las Vegas Nevada and become a cocktail waitress at a local casino, Monte Carlo. This is where she fell in love with Terry Brenna, her now husband.

On January 26th, 2000 Brennan and her big family went out for a night on the Las Vegas strip, something she rarely got to experience; she was always the one behind the bar, never the one playing. She says how she remembered joking with her now mother in law about how much money she was going to win. No one knew that when she pulled the slot machine lever for the 9th time that the little Mega-Bucks symbols would align in a perfect row.

Brennan claims that for a few seconds she did not even realized what happened. People around her were screaming, the machine whistling, and yet she could not process what had happened. It took a minute before she leaned back in the casino chair and could truly take in what had just happened to her. That night she won just a little under $35 million; the biggest slot machine payout at that time.

On March 11th, 2000 Brennan and her sister were out celebrating again; this time the marriage of her and her new husband Terry.

“The last thing I remember was telling Lela how happy I was,” Brennan told the news site SFGate. “I don’t remember the accident. They said he was going 51 and never hit the breaks.”

The “he” Brennan was talking about is Clarke Morse, a 59 year old who had drunkenly slammed his truck into Brennan and her sister at a red light. The crash killed Lela, the sister, and left Brennan herself paralyzed. Morse walked away with just a few scratches.

Brennan calls her husband the reason that she made it after spending 10 days in a Las Vegas hospital. She claims that without his love and support that she would not have had the strength to keep fighting. While still working as a bartender at the Monte Carlo Casino, Terry Brennan takes care of his paralyzed wife and the home that they live in.

Their winnings and the accident have not changed their love for each other or their style of living. It is a miracle that she made it and a true testament of the love that the two share that they have made it through such joys but also such tribulations.

In April of 2001, Morse was sentenced to 28 years in jail by a Nevada jury. This case has been the driving force behind revising DUI laws in Nevada, as Morse had been able to evade severe punishment after 16 different DUI charges, which led to the accident.

Although doctors tell Cynthia Jay Brennan that she will only ever be able to move her arms and shoulders, she remains optimistic about the possibility of walking again. After all, she does have a unique case of very good luck.

Update to this article: In July 2020 a Florida lady wins $14 million on Megabucks.