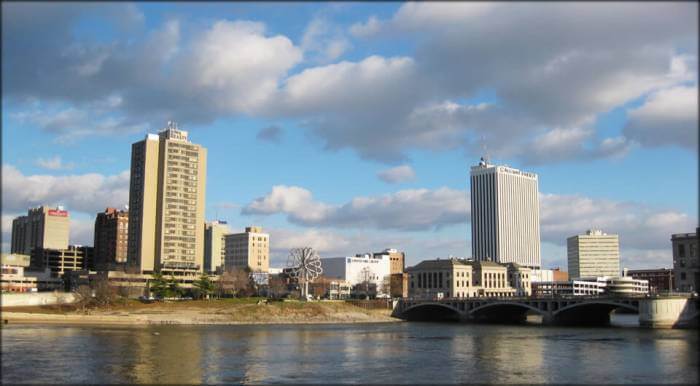 There is no doubt that gambling in Iowa has increasingly become a money generating venture. This is because they have recently become local driven attractions and more people are embracing the industry than ever before, especially in Cedar Rapids, or so the argument goes.

According to the vice president for Minneapolis-based Marquette Advisors, Brent Wittenberg, participation rates have peaked with the exception of local markets where expansion or development of casinos has occurred, he told this to Iowa Racing and Gaming Commission. This is a commission that is tasked with determining whether Cedar Rapids gets a license or not, if it does, then it will also define which three suggestions to accept.

On Nov. 12, regulators heard from Marquette and WhiteSand Gaming of Atlantic City. It is important to remember that the commission in 2014 rejected an application virtually which was identical to Cedar Crossing on the River by 4-1 vote. They said that predictions were taking away too much share from other casinos—Riverside & Gold Resort to be precise.

Commissioners also probed why there was such a big change in Marquette’s projections since 2014 when it studied the impact for Wild Rose Jefferson and Cedar Crossing which was later improved. It was concluded that Cedar Crossing would make $18 million by 2017 in adjusted gross revenue. This also includes $59 million or 73% from cannibalizing business from others.The new report also predicts, by comparison, that Cedar Crossing on the River would make $47 million in new gambling revenue by 2022. 45 % of its revenue would be generated from existing casinos.

Cedar Crossing Central would make $25 million while Wild Rose Cedar Rapids would generate $23 million. Each of these two smaller proposals would also cannibalize 56 percent from other casinos.According to Wittenberg, contemporary data analysis was important in showing that they underestimated the rate of local participation.

It is also important to understand that citizens of Linn County visit casinos 3.5 times per individual per year. It should also be clear that residents in communities who already have casinos like Dubuque which visits 12 times a year, Waterloo which visits 7.5 times, Council Bluffs/Omaha which does 5.9 times per year and Davenport/Bettendorf which visits 7.5 times, gamble more frequently. Wittenberg explained that what changed the outlook was because Marquette improved its prediction to a “reasonable” six times per year per county resident. It also ensured that cannibalization effect was reduced.

He said that he anticipated this to be much more localized customer base compared to where they were three years ago. He emphasized how this was a current trend in Iowa. He explained how they projected far few customers from 45 minutes and beyond.

On the other hand, WhiteSand showed a dour outlook for the potential for drawing new customers. According to its report, proposals overstated annual revenue projection by 13 to 42 percent. This meant that none would generate more than $6.8 million in revenue. It also found that each would cannibalize at least 89% from other casinos around.

The WhiteSand vice president, Jim Nickerson, referred to recent studies of new casinos built in upstate New York and Kansas, where revenue predictions were overstated even as high as two times more than what came to fruition.

There are more entertainment options in urban areas. This is why a greater discretionary income in these areas is offset. So people are less likely to fight traffic to get there. Nickerson also explained that proposals don’t include a hotel which would keep people in town much longer. It is important to understand that Iowa has 19 casinos.

Jim said that although people say they will come more often to spend more money, they have a fixed budget which means they will spend some money on entertainment. So he doesn’t see any expanding taking place.

According to the chief operating officer and president of Wild Rose Entertainment, Tom Timmons, this has never happened anywhere. He said that you could build a casino across the street and wouldn’t have 90% cannibalization. He also pointed to the impact other recent casinos, like Rhythm City in Davenport and its influence on nearby Wild Rose being less than predicted. Wild Rose Jefferson also has had less effect than predicted on other casinos.

PrevCryptoCrazy! Bitcoin is Revolutionizing Online Casino Gambling
Is The Philippines’ Booming Casino Sector At Risk Of Over Supply?Next