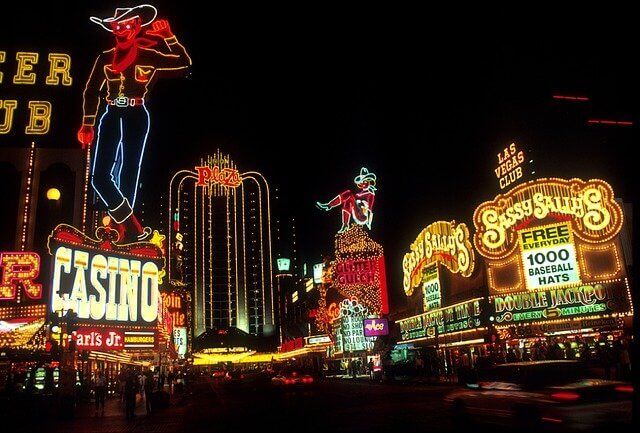 In the news recap this week, we’re going to discuss everything that’s been going on in the casino world lately. Let’s start with some great news for casino lovers, which comes from Nevada – Las Vegas is going to get its new downtown casino for the first time in four decades. The Nevada Gaming Commission (NGC) voted on Wednesday to give Circa Resort & Casino its operating license, enabling the venue to open this fall.

Michigan sports bettors got another sportsbook they can bet at after William Hill launched its operation on Wednesday at Turtle Creek Casino. Some 600 miles to the East, New Jersey got a whole new set of online slots to choose from at BetMGM after the company struck a deal with the software developer Playtech.

Interesting stories from the gaming industry go beyond the United States. Over the southern border, Mexico’s burgeoning casino business has come to an abrupt stop. It happened after President Manuel López Obrador signed a bill that halts the approval of new casino licenses.

Circa Resort & Casino Gets Its License From the NGC

Circa Resort & Casino was initially scheduled to launch in December, but we might see the venue opening much sooner. The final piece of the puzzle fell into place earlier this week when the Nevada Gaming Commission approved its license application.

As a result, there’s now nothing stopping circa from opening in October. According to recent reports, we might see the opening ceremony happening on October 28, 2020. Once it happens, Circa is going to become the first casino in downtown Las Vegas to open after 40 years.

Circa Resort & Casino is the first newly constructed casino in downtown Las Vegas in about 40 years. Its construction started in February 2019 on the site of three former venues that were demolished two years before. The buildings in question were the Glitter Gulch strip club, Las Vegas Club, and Mermaids Casino.

The exact location of the new casino is 8 Fremont Street in downtown Las Vegas, in the same area where a few other major casino venues are located, e.g., Golden Nugget and Golden Gate Casino.

Brothers Derek and Greg Stevens are the owners of the casino, whose construction cost them approximately $1.2 billion. There are several methods they’re planning to see a return on that investment. Apart from casino gambling, the venue is also going to have a sportsbook operation, as well as a hotel with 777 rooms and five restaurants.

Circa will also have several cocktail bars, including the one called Vegas Vickie, named in honor of the iconic neon sign erected back in the 1980s. The Vegas Vickie sign used to kick her leg across Fremont Street in the past, but starting this fall, she’s going to do it inside Circa Casino.

Once it opens, Circa is going to set a few records. For instance, it’s going to have the longest outdoor bar on Freemont Street. It’s also going to have a huge gaming offer, with 1,350 slots and 49 table games in its two-story casino area.

Still, its main feature is going to be its sportsbook, which is going to be the largest in the entire city. It’s going to stretch over three stories, with its design being inspired by sports arenas from around the US. Speaking of sportsbooks, one has recently launched in Michigan, on the premises of Turtle Creek Casino.

One of the biggest sport betting companies in the world, William Hill has opened its first sportsbook in Michigan. It’s called the Onyx Sportsbook and is launched as a part of the Turtle Creek Casino & Hotel in Williamsburg, a tribal casino owned by the Grand Traverse Band of Ottawa and Chippewa Indians. Detroit Pistons legend Rick Mahorn was the first person to place a bet in the new sportsbook.

Our Grand Opening was a huge success! Thank you to everyone who helped make it possible and joined us for this very special occasion. pic.twitter.com/wgyhob6vxu

The sportsbook in Turtle Creek Casino is not the only William Hill operation launched on Wednesday. The same day a satellite location of the Onyx sportsbook launched in Peshawbestown. The sportsbook in question is situated on the grounds of the Leelanau Sands Casino.

A few weeks ago, we reported that Playtech has made its New Jersey debut with the launch of a joint casino operation with bet365. It happened in August, and less than a month later, Playtech is expanding its reach in the Garden State through a strategic partnership with BetMGM.

According to a deal recently signed between the two gaming companies, Playtech is going to supply the three BetMGM-owned online casinos in New Jersey with its virtual casino games. Some of those will include top-rated slot titles like Ocean Princess or virtual table games like Multi Wheel Roulette.

Starting this week, those games should be at the disposal of New Jersey players at BetMGM Casino, Borgata Online, and PartyCasino NJ.

Mexico is no longer a gambling-friendly country, at least not as it used to be. President Manuel López Obrador has just passed down an order to halt the approval of new casino licenses. All the applications will remain on hold until the state finishes its investigation on how previous licenses were awarded.

The reason is that there’s some suspicion that under the previous governments, certain casinos had been awarded licenses illegally. According to Obrador, there is suspicion that some of his predecessors might be involved in the large-scale corruption case.

In the early 2000s, the government of Mexico was very liberal toward the casino, issuing literally hundreds of casino licenses. As a result, there are more than 400 land-based casino establishments in Mexico. However, the new President seems committed to lowering that number. In fact, Obrador wants so have a casino-free Mexico, saying:

“We won’t allow new casinos… No casinos in this country. Citizens want a change.”

At the moment, Mexican law only deals with land-based gambling establishments. It does not recognize online gambling. What this means is that internet casinos and sportsbooks are neither legal nor illegal in this country, something which resembles the current situation in many US states. As a result, players based in the parts have the luxury to gamble at any gambling platform they want.

PrevMost Popular Sports To Bet On
What’s the Status of Casino Gambling in Asia in 2020?Next