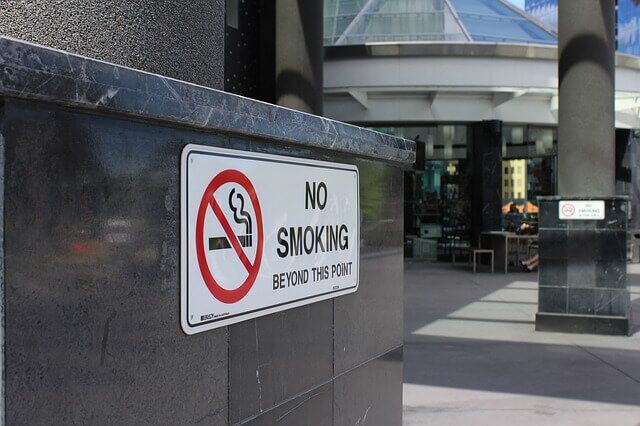 Las Vegas to Get Its First No-Smoking Casino

A busy week in the casino world is behind us, with many interesting stories coming from Las Vegas, Atlantic City, and all the other gaming-friendly parts of the United States.

We saw the management of the Park MGM Casino confirming the decision to make this venue the first smoke-free casino on the Las Vegas Strip. Speaking of Las Vegas casinos, a Hawaii woman won $790,000 at the California Hotel and Casino. She hit the big-money jackpot, playing a slot game called Aristocrat’s Buffalo Inferno. Now that we’re on the subject of big money, there’s talk that casino magnate Sheldon Adelson could donate as much as $50 million to Donald Trump’s Presidential election campaign.

Over in Atlantic City, Jacqueline Grace has been appointed the general manager of Tropicana Casino, thus becoming the fourth woman in charge of an Atlantic City casino. More good news comes from Mississippi, where casinos on the Gulf Coast are cleared to get back to business after Hurricane Sally.

No Smoking at Park MGM Casino

Park MGM Casino in Las Vegas still hasn’t returned back to business after the COVID-19 shutdown. Once it returns on September 30, it will become the first casino on the Strip to ban indoor smoking.

According to Anton Nikodemus who is the president of MGM Resorts Las Vegas Portfolio, the reason behind this decision lies in the fact that there’s a large number of casino patrons who’d like to gamble in smoking-free environments.

@VitalVegas have you heard about this? As someone with a breathing condition to finally have a spot to go with family that is smoke free is amazing! I hope this becomes the standard at more. @MGMResortsIntl pic.twitter.com/gWZ91Doma2

Park MGM is not the first Las Vegas casino to implement the no-smoking rule. The same was attempted by the old Silver City Casino back in 1991. However, the ban lasted for only a couple of months. The reason why they decided to lift the ban was a drastic drop in the number of visitors.

However, times have changed since. Nearly two decades after the attempted smoking ban, casino patrons do not seem too enthusiastic about smoking, especially in the aftermath of the COVID-19 crisis. After Las Vegas exited the lockdown, anti-smoking advocates raised their voices about indoor smoking in casinos, pointing out that it’s impossible to smoke and wear a face mask at the same time.

MGM seems to be changing its stance toward smoking, at least in one of its casinos. A casino company that seems not to have any intention to ban smoking is Las Vegas Sands. Its owner, however, has been in the news this week for another reason. It’s rumored that Sheldon Adelson is going to donate as much as $50 million to Donald Trump’s Presidential campaign.

It seems that the current President would need such a financial injection in order to stay in power. At least that’s according to the odds released by online sportsbooks. His rival, the Democratic candidate Joe Biden is given the role of the favorite in the 2020 Election. However, the odds have been changing lately in Trump’s favor. Just a few weeks ago, Biden was a clear favorite, but their odds are almost even right now.

To help Donald Trump’s campaign, the Las Vegas Sands billionaire owner Sheldon Adelson is prepared to donate up to $50 million to help his candidacy. The 87-year-old businessman is seen as the Republican Party megadonor, having contributed more money to the GOP than anyone else in the past two election cycles.

Adelson, whose estimated worth is estimated to be somewhere in the ballpark of $33 billion, donated $65 million to the Republican Party in 2016.

Sheldon Adelson is the CEO of Las Vegas Sands, a company that owns a number of casinos around the world. For instance, the iconic Marina Bay Sands in Singapore is owned by this corporation. Adelson also owns several casinos in Macau, as well as more than a dozen properties in Las Vegas. Some of those include The Venetian, The Palazzo, and the Sands Hotel and Casino.

With so many land-based casinos in his possession, it’s not surprising that Adelson is not a big fan of online gaming. In fact, he’s one of the most vocal opponents of the legalization of internet gambling. In 2015, he backed proposed legislation labeled the Restore America’s Wire Act, which would effectively put an end to online casinos in the United States. The US House of Representatives, however, decided against passing the bill to Adelson’s annoyance.

Earlier this week, Caesars Entertainment announced that Tropicana Atlantic City has a new boss. The person in question is Jacqueline Grace, who’s become one of four female bosses of Atlantic City casinos.

“I started my gaming career in AC & I’m thrilled to return to 1 of the top destinations in the market….I’m looking forward to working w/ the team to further position Tropicana AC for continued growth & success.”

Grace’s appointment means that nearly half of Atlantic City casinos are led by women. Not only does this make a strong case for female leadership in the industry, but also for the empowerment of the African-American community. Jacqueline Grace is now one of two Black women to be in charge of an AC casino. The other one is the boss of the Borgata, Melonie Johnson.

Hurricane Sally created real chaos in Mississippi a week ago, causing several millions worth of damage, as well as putting many establishments out of business. Twelve of Mississippi’s Gulf Casinos had been ordered to shut down due to the danger to customers. However, starting last Wednesday, the Mississippi Gaming Commission (MGC) has lifted the temporary ban.

Most of the casinos weren’t affected much by the hurricane, although the Palace Casino Resort in Biloxi did suffer some damage as a result of flooding in the parking area.

Storm Sally leaves trail of destruction in US states of Alabama and Floridahttps://t.co/z3cHSbAmrB pic.twitter.com/xbXCGeUglF

On Wednesday morning, a Hawaiian resident currently visiting Las Vegas won the jackpot on a progressive slot. The slot in question was Aristocrat’s Buffalo Inferno and the prize was just short of $780,000.

While waiting for her paycheck, the lucky Hawaiian lady hit another jackpot on a nearby machine, adding another $5,000 to her tally.

This story is not as crazy as it may seem at first, considering that slots are more generous than most other types of casino games. We’re not talking only about slot machines in on gaming floors in Las Vegas casinos; we’re also talking about online slots, some of which come with the RTP (return to player) that’s as high as 99%.

If this talk has made you hungry for some slot action, you can do it for free by taking advantage of free spin offers available at online casinos. This week, for example, Lincoln Casino is giving away 50 Free Spins on Cool Bananas. Over at Miami Club Casino, players can get 50 Free Spins on Bangkok Nights free of charge.

For more deals like these, feel free to browse through the no-deposit bonus section of MobileCasinoParty!