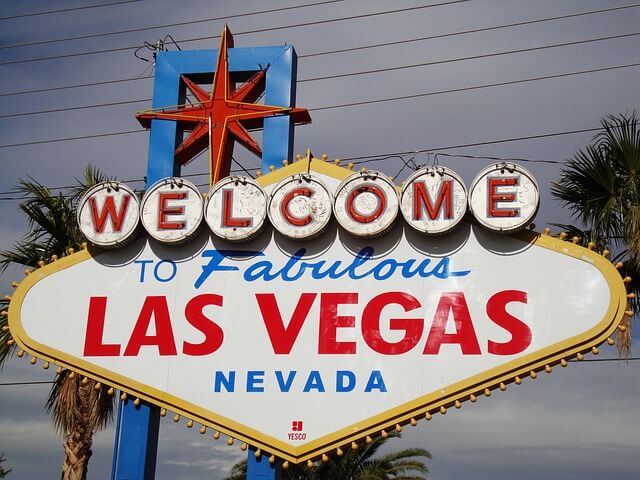 This week’s biggest news from the casino world is that the Mohegan Gaming and Entertainment (MGE) has received a go-ahead from the Nevada Gaming Control Board (NGCB). Do not confuse the NGCB with NGC, which is the state’s body that’s supposed to bring the final decision. If the Nevada Gaming Commission (NGC) gives a green light, MGE is going to become the first tribal operator in Las Vegas.

The report from Nevada was not the only news story with Mohegan Gaming and Entertainment in the lead role. Earlier this week, we also learned that the organization is planning to build a megacasino in Athens.

From Greece, we’ll go all the way to Japan, where the government is working on a plan to construct casino-cities. Finally, in this news recap, we’re also going to touch upon the subject of online gaming, as well as talk about the latest promo deals involving free spins on certain online slot games.

The Nevada Gaming Control Board (NGCB) held a two-hour hearing on Wednesday, discussing the licensing approval for Mohegan Gaming and Entertainment (MGE). It was decided that MGE is going to get an official recommendation. This is seen as a great step towards getting the license from the Nevada Gaming Commission (NGC) in two weeks’ time.

The Nevada Gaming Control Board has recommended approval of licensing for Mohegan Gaming & Entertainment to operate the casino at Virgin Hotels Las Vegas. It'll be the first tribally operated property in the Las Vegas resort corridor.

The chances are that the NGC will approve the MGE’s license, thus making MGE the first tribal organization to operate a casino in Las Vegas. The casino in question is going to be set on the grounds of the Virgin Las Vegas, a hotel formerly known as the Hard Rock Las Vegas.

Virgin Hotels and Juniper Capital Partners are the new owners of the establishment located some two miles east of the Las Vegas Strip. They invested about $200 million to revamp the property, which was supposed to reopen this fall. However, due to the COVID-19 pandemic, the work had to be paused, postponing the grand reopening to January.

Once it finally opens its doors, the Virgin Las Vegas will feature several world-class restaurants, bars, swimming pools, as well as 60,000 square feet of casino space. The casino operation will be run by MGE. In fact, the casino will bear the name Mohegan Sun Casino in honor of the tribe’s most iconic venue, the Mohegan Sun in Connecticut.

MGE Spreading Its Business to Greece

The tribe’s gaming organization currently has eight land-based casinos in its portfolio. The one in Las Vegas is planned to be their ninth operation. There are five venues in the US that are operating under the MGE banner, as well as two in Canada. At the moment, MGE owns only one overseas establishment, the Inspire Casino in Incheon, South Korea. However, that’s about to change next year as the organization has officially entered the Greek market.

Earlier this week, the Hellenic Gaming Association, which is the main gambling authority in Greece, announced that MGE has applied for a Greek casino license. The license bid comes in the form of $177 million. If accepted, the deal would open the door for the operator to launch its $9.4 billion project.

According to the statement from MGE, the organization is ready to start the construction of the Hellinikon resort as soon as the license request is approved. The proposed casino is supposed to be located on the site of a former international airport on the outskirts of the Greek capital Athens.

Six of the eight Mohegan casinos have returned to business after a break caused by the COVID-19 pandemic. The two that still remain closed are both located in Canada. Fallsview Casino Resort, the largest gaming resort in the country, is one of them; the other one is the Casino Niagara, situated right next to the Rainbow Bridge on the US-Canada border.

The reopening dates for both casinos remain unknown, as the medical authorities of Canada still haven’t given the green light. The consortium, however, has an alternative for its Canadian customers. Rather than waiting for the casino reopening, they can quench their gaming thirst on the internet.

They can play virtual casino games at Mohegan-owned online casino called SafeToPlay. Then, there’s also the Fallsview mobile app, which has also come into existence as a result of the efforts of the people from MGE.

The Golden Week refers to the public holiday celebrated in China. It usually lasts seven days, starting with October 1, which is celebrated as China’s National Day. The week is celebrated all over the country, both in mainland China and its special administrative regions, such as Macau.

Traditionally, the Golden Week is the best period of the year for Macau casinos. The reason for this is that hundreds of thousands of holiday-goers from Mainland China come here every year. At least, that was the case in the times before the global pandemic. In 2020, however, Macau has seen a 90% drop in the number of visitors during the Golden Week.

The figures released by the Macau Public Security Police show that the region has seen 139,280 arrivals during the first seven days of October.

At the moment, Japan is a virtually gambling-free country. They do have pachinko games, but not many people think of them as proper gambling. However, Japan is going to get its proper casinos sometime this decade. The government’s decision is to allow the construction of the so-called integrated resorts. In addition to casinos, these resorts would also include shopping malls, stadiums, hotels, and so on.

The plan is that these sorts of resorts would be located only in certain parts of the country. The question is which ones? No one has the answer as Japanese cities have to submit their host city applications. Based on that, a special committee will make the final decision.

The cities were supposed to submit their bids by July 2021, but because of the coronavirus crisis, the government has decided to push back the date to Apr 28, 2022. Among the cities that are expected to get in on the action are the three of Japan’s largest cities, Tokyo, Yokohama, and Osaka.

In the online casino news this week, Wynn Resorts Michigan has teamed up with Game Account Network. When the Wynn online casino launches, it’s going to use the software provided by GAN.

Similar news comes from MGM, which has decided to put its trust into Vegas-based slots developer AGS. The software company will supply the MGM-owned online casinos with brand-new slot titles. What this practically means is that the game libraries of Borgata Online and BetMGM are going to get much larger in the near future.

Speaking of online slots, offshore platforms keep tempting the players to signup with their lucrative promo deals. Some of those don’t even require any deposits. Sloto cash, for example, is giving away a no-deposit bonus to its new players in the form of 25 Free Spins on a slot game called Witchy Wins.

There’s a similar offer awaiting newcomers at Lincoln Casino, where 50 Free Spins on King Tiger are on the table. For more such deals, MobileCasinoParty is your ideal source of information!