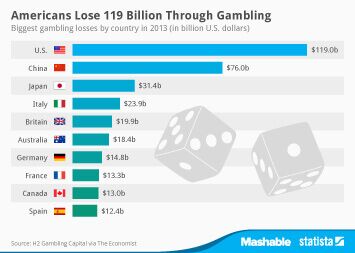 The United States has embraced gambling as a legitimate part of society and economy. While the history of United States gaming is a wrought with stories from mobsters to murder, it is only recently that it is being considered the bread and butter of economic progress in over twenty eight states. The rise of legalized gaming took place right after the Civil War and increasingly spread all over the United States reaching up to the “wild west.” After a period of time, public distrust began to take over and soon prohibition of such activities were legalized.

These restrictions eventually became a part of every states’s constitutions. Prohibitions continued until they too became the bane of progress. The reasoning behind gaming prohibitions’ contribution to economic decline is mostly attributed to the inability of governmental bodies to reconcile the demand for economic progress and crushing legislative regulations. Increasingly, gaming has suffered from economic burdens such as loss of jobs and taxation. One can only imagine the electoral choices for incumbents and their challengers placed in such debates!! For this reason alone, legalization is directly and indirectly subsidized by the taxpayers.

Statistics have revealed that tax dollars are exchanged for interests. Such a dynamic will, unfortunately, cost the taxpayers three dollars for every dollar contributed to legalization in all states–an unfair burden for most people. The revenue collected from these endeavors are used to pay for infrastructure, casino regulation and to support those out of work. Some states have legalized gambling at a tax rate of 50%!! Riverboat casinos have born the brunt of taxation as job creation has cost Illinois to lose one or more job from businesses.

Because of entrepreneurs such as Donald Trump, casino gambling has gained immense popularity. Legalized gaming has spread in the United States. Statistics report that in the 1980s, gambling was legal only in New Jersey and Nevada; today, only two states lack some form of it namely Utah and Hawaii. While some states restrict the activity to lotteries, 30 states have legalized casinos. They range in size from the resorts of the Las Vegas Strip or Atlantic City, to the riverboats of the Mississippi river, to the micro-casinos of Deadwood, South Dakota. Establishments have also sprouted on Native American territory following the Regulatory Act of 1988. Located on Indian reservations and online, these casinos have further expanded the reach of legal gaming.

Due to legalization, such activities represent a major segment of the economy. In 1997, Americans spent more money in casinos than on sporting events, movie tickets, and music. While casino revenues in Nevada and New Jersey dwarf all other states, many localities encourage their development as a source of tax revenues and jobs. With such massive spending it is clear that much of the stigma that used to be associated with this one time vice has disappeared.

Nationwide, casinos have continued to employ 350,000 people and have earned a generous $35.72 billion in revenue just in the year 2000. Gaming’s rise largely stems from its acceptance by the public as a leisure time activity. Socio-economically, statistics and expenditures show that gambling is now positively linked to income bracket. This realization is consistent with the view of most states, that gaming is viewed as a luxury form of entertainment.

Legalized gaming has since added enormously to the fortunes of at least twenty plus states in the United States. Here are some statistics of the revenue earned. The earnings reported are in sequential order.

Currently gaming’s national economic impact has been about $240 billion total. Jobs created and wages disbursed are valued around $73.5 billion, earning the nation $38 billion in total tax revenue every year since, 1992.