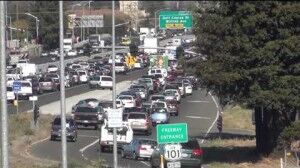 The Desperate Shores of New Jersey

The New Jersey State Legislature passed a resolution asking the state of New York to reject the bid of building a casino at the proposed Sterling Forest location unanimously. You may not be aware that politics in casino licensing is not news, but intervention from another state is. And intervention is a good word to use here, because the entire state of New Jersey could use some intervention to at least slow down the free fall its casino gaming industry is currently enjoying.

What is even worse, and I mean in the context of a state that is supposed to support and encourage casino construction, is they are using the arguments of the anti-casino groups to make their plea heard. It’s almost embarrassing. Senator Paul Sarlo, says the Sterling Forest construction “would impart an incalculable environmental footprint on this preserved area, threatening New Jersey’s drinking water, and bringing substantial traffic and pollution into the area.”

There is little doubt that New York State has been operating a profitable state-run gaming system. While New Jersey is going in exactly the opposite direction. And does anyone with common sense actually believe that the town of Tuxedo, population 3624, was selected totally randomly? It is on the map because it will siphon off tourists and gamblers from the northern part of New Jersey who have no reason to travel further.

At least New York casino bidders are honest men. One of their corporate communications counsel said, “We aren’t shocked that politicians in a state struggling to save its very existence in the gaming space would object to a destination resort that would heavily compete with Atlantic City and future North Jersey casinos.” Not much sympathy coming from that end of the casino wars, but the official response from New York politicians is yet to come.

The good news for New Jersey in this border assault is that a year ago New York passed a law that includes a moratorium on the construction of any new casinos in New York City and Westchester County for seven years. Another piece of good news is that the proposed casinos on their border are not due to open until sometime in 2016. So there is time if New Jersey state legislators stop their political posturing and move forward with finding a way to restore their rapidly dwindling player base.

From a regular player’s perspective, this political theater and the results of a fading New Jersey casino landscape is not necessarily completely advantageous. For example, if New York successfully guts a good portion of the New Jersey casino industry, what will that mean for New Jersey and New York players? New Jersey residents may have to travel farther, while New York will be much like a state-operated Atlantic City, with the success of its casinos based on the number of tourists it can get from surrounding states rather than locals A profitable picture can be painted in the early years, but what about five years from now? We need to keep in mind that despite the rapid growth and acceptance of USA casinos in the last decade, Las Vegas has been the only venue that has held up through good times and bad.

It is difficult to see anything but desperation coming from this political move by New Jersey when there are perfectly good casinos waiting to reopen in Atlantic City. More than difficult to see is any realistic chance of the state somehow reversing this trend of casino closings, the resulting rise in unemployment, and diminishing tourism industry. Even the state-operated online casino experiment is only minimally successful.