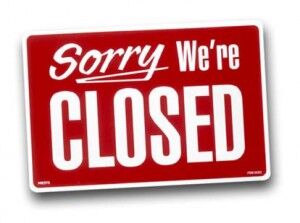 The Dania Casino located in Broward County, Florida will be closing its doors for one year, adding 300 of its employees to the rolls of the unemployed plaguing the state. The simplest reason for this move has nothing to do with damage to the casino or any kind of structural problem. It is the reality that the casino is making a paltry $1 million a month in profits. That’s right. A month. Generally, new casinos start strong and then the profits begin to slide as the newness effect wears off. The only hope for this casino is to reverse the trend and start abysmally slow and skyrocket. Neither the state of Florida nor the casino owners are betting on that gamble.

A plan was created to spend an additional $50 million after an initial investment of $15 million. That’s right. All of $15 million. Most new investors expect to spend $100 minimum to get business off the ground and start at that new casino jump start before seeing profits wane. The additional investment will be to expand the slot machine floor, as well as improved bars and restaurants. Anything higher than $15 million has to be good.

This is an object lesson for both pro and anti-casino advocates to remember that just because a casino is built, people will spend their money there. In the case of Dania Casino, there was stiff competition from 4 other casinos that were steadily successful, all within a 15-minute drive from Dania. 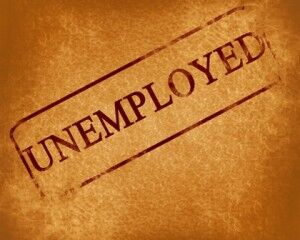 For the anti-casino advocates, the lesson is that before you spend your own money and potentially waste taxpayers’ money to protest the building of a new casino, you need to take a step back and ask yourself if allowing it to fail is a better strategy. The knee jerk reaction from the anti-casino groups is “casinos are bad.” But doing some homework and assessing the long term viability of a casino in a specific area may show that it is destined to fail, or at the worst, shut down operations for a while. Instead of focusing on the old casino, it may be better to focus on the owners bidding on the new casino.

The pro-casino advocates do not think that all roads lead to profitability. As we have seen in the case of Atlantic City, interstate competition for players is forcing the closure of at least four more casinos by the end of the year. With Pennsylvania’s profits taking over second place in the gaming industry from Atlantic City-New Jersey, it is clear that the existence of a casino does not translate into being given a “forever shall you remain” license. True, states make an effort to continue the profitability of existing casinos, propping them up with state funds during hard economic times. But to expect the public will remain silent and passive if states continue to pour money into a failing casino industry is dangerous and unfounded.

Who has been forgotten in all the money and politics of this situation are the 300 employees who now have to either look for work or be content with unemployment until Dania reopens. This may not seem like a significant issue given what is happening in Atlantic City. But these casino licenses are awarded to owners who talk of jobs and economic growth in the area the new casino will be built. It seems that it would be fair to allow anti-casino groups to use this “failure to perform” as a reason why the casino bidders cannot be trusted. Dania opened on February 20 of this year and in less than six months concluded it was a failure. A hope of a weekly paycheck and a climb out of economic depression for the new hires has been dashed because the owners failed to correctly assess the situation.

This brings us to the hardest reality of all, one that neither the player nor the owner wants to look at and accept as the truth. Players want to win money from the casino and owners want to keep the player’s money. At its most basic form, that is the purpose of a casino. Somebody will end up a loser and somebody a winner. Money is what it is all about, people be damned. This is not an anti-casino position, it is the reality of the casino.

Mind you, there is nothing wrong with either profit or walking away with a bundle. It is essentially a contest to see who wins today. The employees are caught in the middle of this tug of war, and in truth, do not have much invested in the outcome. There will be times when the casino, and the players, win and lose. Employees can sit on the sideline and not get involved with the contest, collecting their paychecks at the end of every week. But when an event likes the closing of a casino takes place, the players go to play elsewhere, and the owner can afford to look forward to another day. The employees are part-time and full-time losers.