Delaware Doldrums: Why Go So Far For Gambling? 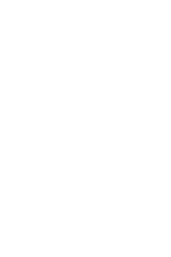 In order to keep its string of casinos afloat, the state of Delaware has taken the first step in cannibalizing other public projects. In order to finance a legislative bill that is intended to provide an annual $9.9 million cash injection to the casinos, funding of $3 million appropriated for the Kent County Sports Complex has now been diverted to fund part of the $9.9 million.

While the bill has not yet been passed, politicians say that the money injection is necessary as a large part of the state’s budget is dependent on revenue from casinos. There has been some talk of raising state taxes, including the property and general sales tax, but that is currently an issue legislators do not want to tackle.

This is a shining example for anti-casino groups, who consistently maintain that the state-operated casino model is a failure, and that funneling public funds to prop up failed or failing casinos is inevitable. In this case, it is hard to argue with them. One point that works against the argument is that the proposed funds are not likely to be used because road construction directly impacting the sports complex construction has been delayed. Still, the money grab is solely for the purpose of keeping casinos afloat.

Sitting down to analyze all the data about how much revenue casinos provide to the state’s annual budget or what slice this $9.9 million is as a percent of the total budget is irrelevant. The math is simply bad. Bad for the long term Delaware budget and bad for the people of the state of Delaware. And bad as an example for other states to use who are in the process of adding new casinos.

Here is the basic math. The state will take $3 million already assigned to the Kent County Sports Complex and give it to the casino bill. That means there is a shortfall of $3 million for the sports complex. Where will that future money be coming from?

Next, the $3 million is only one-third of the required money, and legislators are still looking where that money will come from. So it is only a partial solution.

If you followed that money trail, congratulations. The only way for this strategy to work is if the casinos generate more revenue than in the past, but the reason this course of action is being taken is because exactly the opposite is happening. To make matters even worse, the $9.9 million proposed injection is a minimum request. The hope is to get upwards of $20 million over the next several years.

The simple reality is that Delaware is not Pennsylvania or New York. It has a small population, in a small state, that most people do not seriously consider a vacation spot. Gamblers do not think of Delaware first as a place to play. It is a two and a half hour drive from a struggling and competitive Atlantic City. Residents can drive to Philadelphia in about two hours. The question is, “Why Delaware?”