California is introducing new online poker gaming legislation in 2015. Recognized as one of the first states to legalize casino gambling in 1849, California and its voters have long been supportive of the luck of the draw. The fact that draw poker has been a staple gaming feature since the state joined the union, illustrates that official preference for interactive gambling formats has promoted fast money in card rooms since that period. 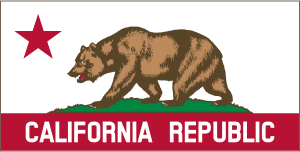 Introduction of an online poker bill was in the works several years ago. While the state is still smoothing over the rough edges on what promises to be a favorite digital gaming pastime, pending legislation is still awaiting. Here is the proposed expansion of poker gaming to the online casino sector:

Historical attempts at passing the online poker gaming bill without making it to the House or Senate floor are reflected in the following:

· SB 678, Authorization and Regulation of Internet Poker and Consumer Protection Act of 2013

At the moment, California continued indecision about online poker gaming may finally find resolution in one of the two proposed bills. While both bills propose similar legislation, authorizing online poker sites to be operated by casinos with existing licenses to profit from those gaming interests, there are a few distinctions. Race track partnerships are differentiated in the two bills, as well as assigned liability articulated in Bad Actor Clause rules.

AB 167 allows for limited liability relationship between racetrack partners in operation of betting on digital poker sites. AB 9 excludes any participation by racetrack partners, and instead narrowly defines the terms to operation to ‘bricks & mortar’ casinos already licensed in the state. The latter proposition is less appealing to race track operators and union interests. Coalition interests coinciding with race track, union, and casino operators in the State of California, is likely to have influence on the future shape of the state’s online gaming laws.

Bad Actor clauses in AB 9 are strictly interpreted to protect the exclusive interests of licensed ‘bricks & mortar’ casinos. AB 167 does not contain such a clause. For tribes investing heavily in independent casino operation the AB 9 offers discretionary protections in respect to legal monopoly of the sector.

Seemingly partial solutions, it is argued, in the form of such limited California gaming industry legislation is not the optimal scenario for tribes, bands, race track operators, nor unions going forward. If California is to succeed in passing a bill in support of online poker operations, amendments will likely be sought shortly after enactment, in the interest of a more comprehensive regulatory framework.

Special interest groups and competitors aside, the benefits of carefully crafted legislation of online poker gaming is essential to ensure professional operations. If operators are torn in their consensus over the rules to a near future policy of online casino regulation, consumers are equally concerned about rights to protection from fraud. The stricter the rule interpretation, it is argued, the better chance California has in controlling gaming.

Forecast of a ruling by the California Legislature is still subject to Gubernatorial’ veto if a bill passes that does not adequately cover the general interest of the public. Governor Brown has already announced that legislation excluding the racing industry will not be signed. Is compromise possible in 2015? Progress seems to have been made. Consensus is on the side of would be online poker operators, as other states have motioned to pass similar bills allowing for licensed casino participation in those enterprises.