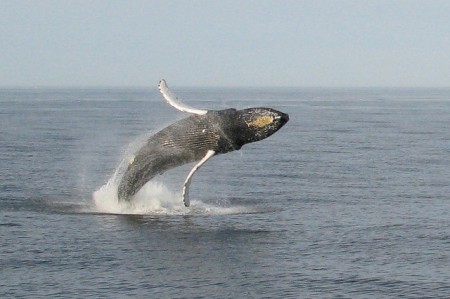 For most of us “regular players”, going to the casino is a weekend adventure where we spend a few hundred dollars or less to relax with fellow wheel spinners and card sharks. For a select few, going to the casino borders on a lifestyle where they spend significantly more than the average dice roller. In the gaming industry, these small groups of people are known as “whales” and casinos keep very close track of their favorite sources of income. Special perks are offered on a regular basis, simply unknown and unavailable to the rest of us. These range from things like helicopter rides and comped penthouses to loser rules at the blackjack table.

It should come as no surprise that casinos keep a list of these high rolling whales hidden from view of the public – and other competing casinos. The reason is obvious. People talk. Should one of these whales get a better offer from another casino, it could cause a mass exodus when others find out about the sweeter deals. Just a couple of percent more can mean thousands to this type of player. If a casino employee who had access to these lists should sell them to someone, the problems would be just as obvious.

The Case of Helena Wong, a former VIP host of the Maryland Live casino in Hanover, Maryland has been accused of emailing the casinos’ whale list to what appears to be a rival casino. Ms. Wong denies any wrongdoing, but access to the lists requires special authorization and passwords – which she had. Additionally, an email was found originating from her account that contained the following line – “PS….PLEASE DO NOT repeat or show this email to any of MD Live’s personnel,” she wrote, according to court filings. “This is a confidential email between us.” This is according to the documents filed in the Maryland court case.

This is one of the few times that the average player gets to see the inside operations of a casino, and the everyday problems casino owners have to deal with. Specific to the Wong case, an important point is that she had quit her position and allegedly took the lists with her. Evidently, she was a disgruntled employee who found greener pastures elsewhere. It may even be presumed absconding with the lists was part of her requirements to land the new job. Whatever the reasons, it highlights an important part of the business end of casinos compared to most other businesses.

In most other businesses, employee theft of documents or data often results in a change of design or procedure to the existing systems. The financial damage caused to the business in this scenario is likely to be greater than losing the whale list, but that is not a sure thing. What is sure is that everything a casino does is based on the existence of assets that cannot be redesigned or changed – money and people. If the list has been compromised and players do leave, the cost to the casino is undeniably measured in cold, hard cash. The people side of the loss may be even greater, since there is a limited supply of high rollers, even in Las Vegas.

The decision to make this issue public by Maryland Live casino is an interesting one, because it reveals the intense competition between casinos that bring even further light to the problems the Atlantic City casinos are facing. Not only are there interstate battles for players going on, but even within the states. You can be sure that the remaining New Jersey casinos are chomping at the bit to find out who is on the defunct casinos whale lists – and how to contact them.

Now while the idea of state operated and licensed casinos seems cooperative and friendly, but the reality is that they are all just as competitive as Apple and Samsung. That brings an entirely different perspective to the player’s view of which casino owners get the available state licenses. For example, if the new casino owner has just won a license for a Massachusetts casino, and just by chance was the former owner of a closed Atlantic City casino, would those on the old whale list be amicable to coming over to the other side? If so, would this huge influx of cash to a newly opened casino be good for the average weekend player?

Which brings up the question as to just how much input should the people of the state have in approving not only the building of a casino in their locale, but of who the casino owner is. True, this currently an option to some degree as the bidders for the license is publicly known. But how many people, including politicians and the anti-casino advocates, actually know the complete history of the casino properties of each bidder? Like many hot button issues, there are so many facts to sift through that a normal and sane person can only digest so much information. Add to all of this the fact that the whale lists are an industry secret, and you have a situation that asks more questions than it answers.

While the outcome of the Wong case is still in the courts, it should make us pause and think about the alleged advantages of state operated casinos beyond their convenience. We know it is a mix of politics, money, and business. We also know that state legislatures pump millions of dollars to keep various casinos across the country afloat. But in the end, it is also true that whether the money comes from the gamblers and taxpayers, the success or failure of a casino is dependent simply on its ability to keep as much of its money coming in as it can. And therein lays the true value of the whales.