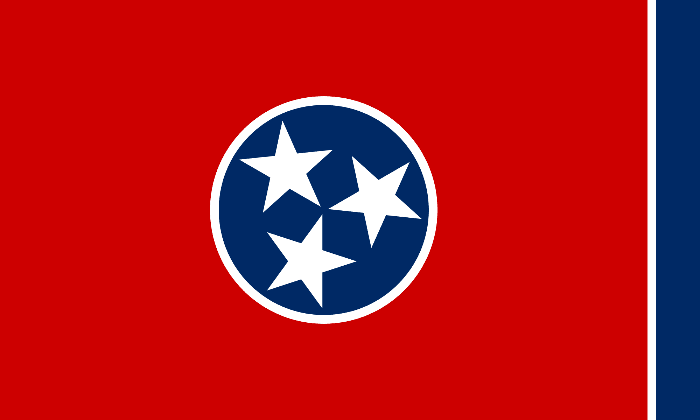 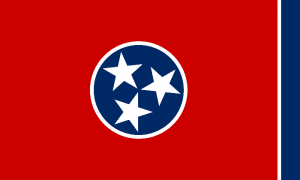 Tennessee offers gamblers in the state little to nothing with regards to casino gaming. There are no tribal, commercial, or riverboat casinos inside its borders. The country music capital is one of the most conservative states, which shows in its complete lack of modern gambling opportunities.

Die-hard gamblers, however, have one thing to be grateful for. Daily fantasy sports betting was approved into law in 2016, making Tennessee the third state to exempt DFS from its gambling laws. Unlike the majority of US states where DFS betting is a legal grey area, here DFS companies like DraftKings and FanDuel operate in peace. DraftDay, Fantasy Draft, and StarsDraft have also joined the market.

Online gambling is not entirely illegal. On May 24 of 2019, Tennessee lawmakers approved a bill that legalized online sports betting. This was a rather unusual step as states in the US are normally more open to land-based houses before virtual ones. It appears they took the online route instead, since Tennessee has no physical gaming establishments. No limit is imposed on the number of online sportsbooks, so residents and visitors in the state can expect a dozen or more operators to enter the market as soon as the state takes its first sports bet, which could be as soon as a few months from now.

The Tennessee state lottery was legalized in 2002 and has been in operation since 2004. Online ticket sales are not allowed, but players will find scratch-off and lotto tickets at thousands of retail locations throughout the state. Games include Cash 3, Cash 4, and Tennessee Cash as well as interstate titles like Powerball and Mega Millions.

To add to the long list of illegal gaming options, Tennesse bans charitable bingo. Charities are allowed to hold events with raffle draws and give out prizes that do not include cash.

Find Tennessee Casinos on The Map

Bristol is a city that borders southwest Virginia and Eastern Tennessee. It is bisected by the main street (called State Street) on which sits the border between the two states. Bristol is also the birthplace of country music.

Tourists will have a full schedule on their hands as the state is geographically beautiful and full of rich history. The Great Smoky Mountains National Park in the state is the country’s most visited national park. The largest underground lake in the US is found in Sweetwater, TN.

With the 2002 lottery, Tennessee became the 48th state to legalize any form of gambling.

While Tennessee has no casinos to offer players, out of state options include a casino cluster in Tunica, Mississippi less than 45 miles away from Memphis. There are 8 casinos as luxurious and enormous as those in Nevada, including Gold Strike Casino, Hollywood Casino, and Sam’s Town Casino.

Other neighboring casinos are Harrah’s Metropolis in Illinois, 2 hours northwest from Nashville, and the casino boat, Lady Luck Casino Caruthersville, based on the Mississippi River. These casinos offer a full slate of slots, table games, video poker, and live poker. There are event centers and services that transport gamers to these neighboring casino cities and back.

Horse racing is one of the many arid gambling choices in the state, but lovers of the game can head to Kentucky just a few hours north to enjoy live and off-track betting.

Social gaming options are also available to Tennessee residents across the country. Mobile and Facebook apps are provided for by Double Down Casino, Zynga, Big Fish, and Slotmania. You can play free versions of video poker, slots, and table games. No money is involved, but you might win some decent prices at Sweepstakes sites like Chumba Casino.

What is the legal age for gambling online in Tennessee?

The legal age for gambling in Tennessee is 18. At 18, a player has access to several online games and is free to participate in all of them. Gambling underage will cause the gambling account to be confiscated and blocked permanently.

Is online gambling legal in Tennessee?

After a thorough review of Tennessee’s laws, there are no laws particularly aimed at online gambling. There is no written statement in the laws that says gambling online is illegal. In a nutshell, Tennessee residents are free to gamble online without worrying about legal repercussions.

How do I fund my betting account in Tennessee?

Can I gamble online in Tennessee with my mobile phone?

Yes, you can. Online casinos are compatible with different kinds of mobile devices. So you can gamble anywhere at any time. You can access online casinos by using your mobile phone’s internet browser. Some online casinos also have mobile applications to make gaming a great experience for their customers.

How do I choose an online casino to play at in Tennessee?

Choosing the best online casino is the most important part of online gaming. Read different reviews on the best casinos in Tennessee. Check out other players’ thoughts on the online casino. Avoid casinos with low ratings and negative reviews. Read through their terms and conditions and ensure you understand perfectly. Look at the different promotions and bonuses offered by the casino and see if you would like to take advantage of them. You can reach the customer services to answer questions regarding the different options on the online casino website.