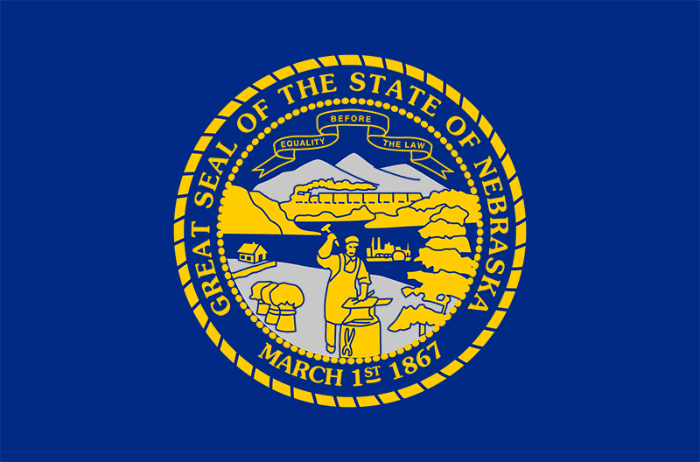 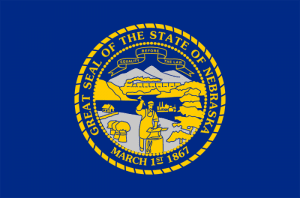 Most gambling fans in Nebraska would undoubtedly consider the gambling laws of the state strict as most prominent variants of gambling are deemed illegal. Casino gambling, poker, and racinos are not allowed in the state and this makes it highly evident that the state has a low interest in gambling activities. Online gambling players who deposit and withdrawal, wagered, won, or lost in games less than $500 will be charged for misdemeanor and those who gamble above that amount will have to pay the initial wagering amount and might also face other penalties. Gambling activities on devices such as computers and mobile phones are also prohibited by the Nebraskan government. Most states in the US permit gambling from age 18, but in Nebraska, only adults aged 19 and above can play gambling games.

The Nebraska casino law permits its citizens to engage in tribal, charitable, and social gaming. The only allowed tribal games in the state are Lucky 77, Iron Horse Bar and Casino, Ohiya Casino, and Native Star Casino. These gaming houses are allowed under the Indian gambling regulatory act to provide players with only Class II games. Restaurants and bars are allowed to offer charitable games such as raffles, pull-tabs, bingo, and keno. The charity gaming industry is considered to be the richest and largest gaming industry. It generated over $280 million and paid $6.2 million to the Nebraskan government. Besides, any enterprise that is willing to offer charitable games in Nebraska would have to get licensed before being allowed. Also, in 1934, Pari-mutuel gambling on horse races was legalized in the state. The lottery, which was legalized in 1967 as a part of charity gaming is regarded as the second richest with over $180 million tickets sold.

The Nebraska government generates up to $420 million from gambling and $50 million yearly in the form of gambling taxes. There have been several efforts made to fully legalize commercial gambling in the state in 2004, 2006, and 2014, yet these efforts have failed to achieve their aim.

Find Nebraska Casinos on The Map

Nebraska has the largest indoor rainforest in the United States. The biggest indoor rainforest is the Henry Doorly zoo which was launched in 1894 and is located in Omaha. The forest has a land area of about 130 acres and it contains over 962 species of animals. The rainforest also features beautiful and amazing floras. The site is such a glorious scene to behold.

The popular successful world investor and philanthropist Warren Buffet is an indigene of Nebraska. The wealthy man still lives in a quiet neighborhood of Omaha a city in Nebraska. Some other big celebrities such as Marlon Brando, Fred Astaire, and Gerald Ford reside in the state.

There are various game houses in the state where you can play only legal casino games. Casinos such as Lucky 77, Native Star Casino, Ohiya Casino and Resort offer tribal gaming. The largest and most played casino variant is the charity games. You can play charity games in casinos such as American Legion Papillion, Backaracks Bar and Grill, and Brownies Watering Hole Keno. To play racetrack games, some of the casinos you can visit are Fonner Park Casino in Grand Island, Horsemen’s Park in Omaha, and Ag Park in Columbus. They are great game houses casino fans would relish.

Why are Nebraska gambling laws so strict?

The main reason why Nebraska gambling laws are strict is that the state maintains predominantly conservative views. In the past, members of the legislature have made active movements towards introducing broader gambling opportunities, but all attempts failed for lack of adequate support. The state also loosely regulates the current tribal casinos, and they don’t have to pay taxes. Another reason is that residents of Nebraska do not show much interest in wanting diverse kinds of gambling. The lawmakers have to be willing, and Nebraskans have to be approving for casino gambling in the state to become liberal.

What games can I play at Nebraska casinos?

At the tribal casinos in Nebraska, players can play class II games, which are bingo-style slot machines. Other options are keno, bingo, and lotteries. Charitable events are authorized to host poker tournaments without any real money prize pool.

Is social gaming punishable by law in Nebraska?

Social gambling in Nebraska is in a legal grey area, so it is not expressly illegal. However, the Nebraska criminal code states that hosting illegal gambling events and unlicensed luck-based games is subject to a penalty from a Class I misdemeanor to a Class III felony. Social gambling should not attract any penalties as long as slots and similar machines aren’t present, and they aren’t hosted for profit. Still, it is best to keep such gatherings to minimal attendance, not to attract too much attention.

How old do I have to be to gamble in a Nebraska casino?

Different types of gambling have different minimum ages. For bingo, players have to be at least 18 years old; for the lottery, only 19-year-olds and above can purchase a ticket; for tribal casino gaming, you have to be 21 years old to enter the lobby.