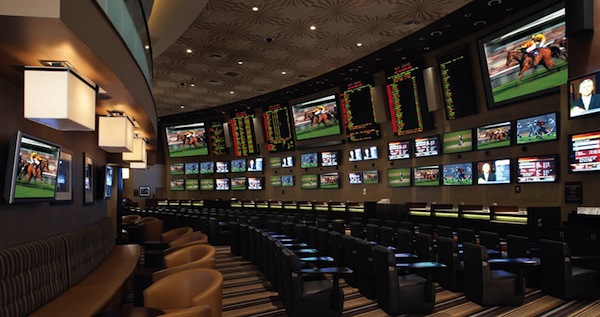 In a recent Senate Committee meeting it was announced that legislation will be introduced that will bring sports betting to casinos throughout West Virginia. This comes on the heels of the Supreme Court possibly overturning the federal law that bans sports betting online across America.

Update: it has already happened

It has been anticipated that this will take place in the spring or summer of 2018. By that time there is speculation that sports betting laws will be finalized. According to counsel for the lottery commission, West Virginia strives to be the market in the U.S. to allow real money sports betting before anyone else. They already achieved this with both table and video lottery games at racetracks throughout West Virginia.

The soon-to-be introduced legislation is set to take a pair of previously released bills and join them. One of the bills is being backed by Ohio’s Shawn Fluharty, a delegate who is trying for the second year in a row to introduce this sports betting bill. It has been stated that West Virginia is in desperate need of the revenue that legalizing sports betting would bring to the state. Officials are anxious to legalize sports betting at land based casinos in order to keep locals gambling in West Virginia and cause a much needed upturn in the economy.

In 2017 a California based gaming company was awarded a Lottery Commission contract to study how allowing Internet gambling and sports betting in the state could potentially improve the local economy. While the Senate seems to be backing the idea of legalizing sports betting, the House reportedly isn’t so sure. The Senate is aware of the fact that the illegal sports betting taking place throughout the state has driven its underground economy.

One of the reasons that the Lottery Commission is pursuing this change in the law is that for the last 10 years, the nearby states of Maryland, Ohio and Pennsylvania have opened racetrack casinos. Many West Virginia residents have gone to these states to participate in sports betting legally. This has led to a drop in the state’s revenue which have been dropping steadily since the 2007 to 2008 fiscal season, If residents continue to travel out of state for sports betting it is predicted that revenues would drop from $914 million all the way down to $494.5 million. It has already been projected that by 2019 it will have dropped to $473.3 million.

Improving the state’s economy has become an increasingly important goal, leading to the proposal of other bills as well. One bill is focused on bringing Video Keno to public venues throughout West Virginia that do not have a liquor license. If this bill is passed it would be possible for Video Keno machines to be installed in convenience stores and similar businesses. This is something that has already been seen in other states that experienced an increase in revenue thanks to the increased presence of lottery machines.

Additional proposed legislation would result in limited video lottery machines accepting currency that is not permitted at this time; fifty dollar and one hundred dollar bills. This would be an improvement over the current maximum currency accepted; which is a twenty dollar bill. The maximum bet on these machines would increase from $2 up to $5.

One of the hurdles the state has faced is due to the fact that the Limited Video Lottery Law dictates that these machines can only be used in places which are off limits to minors. As a result, video lottery machines have been limited to only nightclubs and bars in West Virginia.

This season the Lottery Commission will focus its efforts on bringing legal sports gambling to the residents of West Virginia.