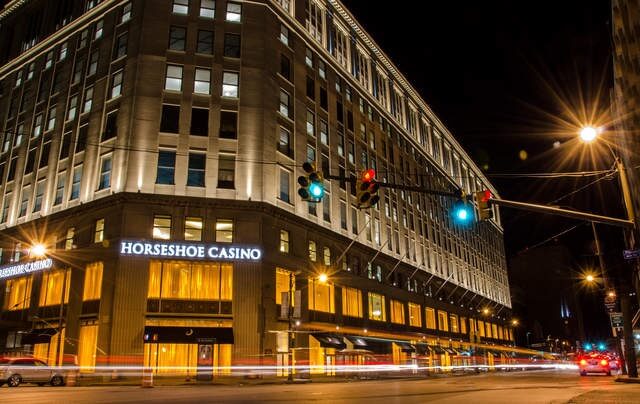 When the Horseshoe Casino finally opened up in Cleveland, Ohio downtown on May 14, 2012 it was unclear whether or not it would drive more business downtown. It’s almost been three years now, and it’s finally clear that the casino has impacted downtown in a positive way. Other than the sports teams that play downtown, such as the Indians baseball, and the Cavs basketball at the Q Arena people weren’t flocking to downtown such as they are now. The city even managed to snag the Republican National Convention in 2016. Plus the center of downtown, Public Square is undergoing a major beautification renovation that will take up to 18 months to complete, and is set to go hand in hand with a number of projects that will better Cleveland as a whole. Cleveland’s back baby, in a big, big way!

I do believe that all this good change was made possible because of the fact that the Horseshoe Casino is downtown now. It took quite a few years to get the legislation passed to allow a casino downtown. So now that’s it’s here, the Horseshoe is a 24-hour a day mecca of entertainment. Set in the old Higbee building the casino itself is just gorgeous. Crystal chandeliers, lush carpet, and high stakes gaming galore is available to anyone over 21 years old. Trust me, the very personable security guards enforce this at every door, so sneaking in underage is basically impossible. Not only does the casino have all the usual gaming tables, but it also has a high end gourmet food court with offerings from famous Cleveland chef Michael Simon at his B Spot gourmet burger restaurant. The food is amazing, and just as high quality as his regular restaurant spots. Plus, if you are in the mood to indulge, the gigantic buffet is just as good as any in Las Vegas. Don’t miss the macaroni and cheese bar which allows you to pick out ingrediants for your own mac, and the chef will cook it up for you on the spot. The spinning gelato machine is not to be missed either, with it’s 25 different gelato flavors. Try them all if you are so inclined because it’s all you can eat for your money.

So it’s nice to know that Clevelanders have a little piece of Las Vegas right downtown. When you enter the casino you do feel like you aren’t in Cleveland anymore. It’s so easy to lose track of time, and your money as you play the many slot machines or try your hand at the Blackjack tables. It’s 96,000 square feet of gaming is bound to have what you are looking for. Do you like Roulette, or Craps? They have that as well, and it’s easy to get caught up in the fun. The vibe of the casino is happy, and I’ve had many a good time saddling up next to total strangers at a table, and had a blast talking to them, while I’m gambling away my money.

Casino revenues are taxed at 33 percent, which is one of the highest taxation rates for any casino in America, but a good portion of that goes towards Ohio schools. So not only is the Casino an exciting place to be, the dollars you spend are actually helping students around Ohio. Another portion of the proceeds also go to programs that support people who have a gambling addiction or substance abuse problems. That’s another very good reason to spend your money at the casino. It’s a great night out, but it also helps people in the state as well who are struggling to get sober.

Cleveland long has the history of being the underdog in everything. It’s the town that lost the steel mills, had a river catch on fire, and more people move out of Cleveland than want to come to it. The casino has changed all that. Now Cleveland is on the upswing because of it. Hey, even LeBron just came back to the city in hopes of bringing it the first national basketball championship in a long time. So this playoff season, saddle up to one of the sports bars at the Horseshoe Casino to watch LeBron, and the Cavs win the championship The Tag Lounge and Bar is the perfect place, it’s got 35 huge flat screen tv’s to catch all the sporting action that you need. It also has in that same space, 40 electronic gaming tables to keep you entertained if your sports team is losing. Daily drink specials, and craft beer will keep the party going all night long.

So a big hat’s off to the Horseshoe Casino for bringing the fun back to Cleveland!