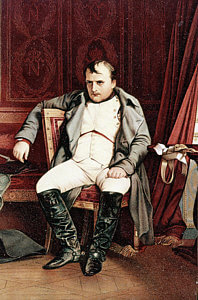 You might think that most sociopaths are committing crimes or maybe serving time in prison, or running around actively ruining people’s lives. Well you ate right and wrong. There are plenty of sociopaths living among us who are not cold-blooded murdering home enders. Actually its estimated to be as high as 4% of the US population who consider themselves as the sole center of the universe. As psychologist Martha Stout eloquently described in The Sociopath Next Door, just because someone is incapable of guilt and empathy does not mean they are committing overt crimes, sometimes they’re your psychologist, teacher, co-worker, or perhaps or POKER OPPONENT!

Indeed, sociopaths are not defined by violent behavior. They are defined by a distint lack of guilt and inability to empathize. This is not something easy to see. They are good at hiding it and sociopaths learn to create a great imitation of conscience. They are defined by their propensity to view life as a game and people as pawns. So what if they’re actually playing a game like poker? Would they excel? Would they have the best poker face? Or is their lack of empathy and guilt a weakness?

It’s tough to know if a sociopath would be better or worse at poker because they’re dimensional combined with duplicitous. They have learned how to act in order to hide their lack of empathy and can easily mask it by imitation of others normal actions. So with none of the barriers of conscience, with an inclination to take risks, and cold calculating minds, they would seem to have the winning hand.

Since people and human relationships are of no consequence to sociopaths, money, status and power tend to be primary.  Poker centers on money and a willingness to bet, but it also relies on self control, self-awareness, and opponent awareness. These 3 traits seem to ran at odds with a the sociopath profile, at least the one presented in Martha Stout’s The Sociopath Next Door.  Poker relies on self control—the most common mistake made by beginners and pros is playing a bad hand. Sociopaths possess insanely high self confidence because their confidence does not depend on what others think.  If you cannot form emotional attachments to people, then you certainly do not care what they think. Self control relies on a desire to not harm yourself of others and sociopaths consider themselves invincible.  Thus, their carelessness and cockiness could cost them at the poker table. They could be too sure everyone else is inferior to them and then get swindled by a Columbo-type player.

Because sociopaths do not posses an essential component that drives human behavior—a conscience—they only have the advantage of faking guilt and empathy. What do any of these matter at a poker table where everyone’s aiming for nonchalance? Furthermore, poker, like capitalism, drives on money and trades– not altruism. If anything, the non-sociopaths at the table would lose at not understanding sociopaths. Sociopaths do not even understand themselves. They realize they’re different than other people, but they write it off as strength not weakness. They think everyone else is dumb because they feel, which shows how blind sociopaths can be. We can only hope that the lack of introspection and lack of opponent understanding ends up being a disadvantage. It depends on the dynamic of all the personalities at the table.

Poker is a game of reading people as much as it is as luck. And if you’re incapable of true understanding to human emotions like love and empathy, aren’t you just reading people superficially? OR does inability to love and empathize matter when all you have to measure at a poker table is when someone’s lying or exaggerating. If sociopaths can read lies better than the average person, then they’re definitely at an advantage sitting at the table. But if they’re considered emotionally inept, then perhaps reading a lie is difficult for them. We know that sociopaths are good AT lying, but not necessarily whether they’re generally good at detecting lies in others.

But who’s to say there would only be one sociopath at the poker table? What if the whole table’s full of sociopaths?! All of them good liars and all of them manipulating the others. Now, it’s all just speculation. There are studies that CEOs tend to be high on the socipathism spectrum, so it would be compelling to know if it’s also true with poker professionals.

Indeed, it seems the more you try to analyze what makes people good at poker, it’s never a one-size-fits-all type of game. No game that balances skill with luck and ability to bullshit can ever be completely measurable and that’s what I love about it! The only thing consistent about poker is its inconsistency based on the people around and the hand delt.