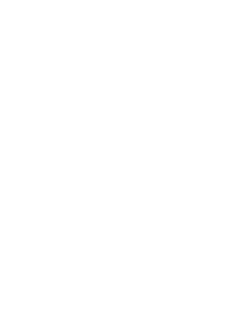 Slot machines have been around for a long time. In fact, they have been around since Charles Fey invented them in San Franciso back in 1887. They slowly began to spread across the west and could be found in various saloons and backrooms across the area. They eventually made their way to the East coast, where they were prominently featured in casinos and other establishments. They eventually became popular because they required little effort or skill, and would sometimes give the player a big payout from a small bet.

Eventually, everyone from grandmas to young adventurous patrons flocked to the slot machines to try their hand at the new three-reel bandits. Anyone could play them and they still offered a level of excitement and the possibility of profitability that made people want to return to bet more. Soon enough, enterprising business-minded individuals realized the opportunity these machines posed as they give back to the casino more than any other type of game and began making them as easily accessible as possible.

Although slot machines pretty much sold themselves because players like them and the odds are the best for the casino, they were modified from their humble original look to be much more interactive, colorful, and of course, exciting. The goal was to make them irresistible to people who passed by them so they would spend money while being entertaining enough to warrant returning to try luck over and over again (spend more money).

Then came Multiple pay-lines and jackpots

Colorful icons such as fruit symbols were added to make the slot reels more complex and interesting. The payout became more complex as well. Each symbol began to pay different amounts. Having more than one pay-line, or line where the symbols match became more appealing.

As three-reel slots grew to 3 pay-lines, eventually everything else grew in size. Today some slots have 288 pay-lines and more. Being able to bet using more than one pay-line was the precursor to the max bet.

Max bet refers to the maximum currency bet fed to the slot machine while playing maximum pay-lines for that spin. Playing max bet, or the highest allowable bet gives the player a chance to win the largest multiplier to their bet and/or jackpot. Although a player may still play and win with a smaller amount of money betting less, they won’t win the largest jackpot available on many of the slot machines found at online casinos. That being said, every player has their own lucky method of playing, betting more gives a chance to win greater amounts of money, while also increasing the chance the player loses money. Newbies tend to be more conservative and will play a single coin or credit at a time to get a feel for the machine, or to begin to understand exactly how the slot machine works. Based on the results of the spin, the player may either lose their money, match their bet, or win. The combinations that allow the player to win are found on a chart on the front of the machine or in the help menu online.

Some players will play a machine that has 1 cent bets thinking this will save money, which seems quite low, but the max bet on that machine can be several dollars if the slot has many paylines. It is more complicated than it seems so using a good strategy is key. Playing max bet can add up very quickly and can certainly intimidate some players into sticking with lower bets. The mindset of the player usually has the biggest factor as to whether they will play max bet or stay with smaller bets. If they only have a few dollars to play and want to extend their time in the casino, they will usually stick to bet around 25 cents or less than one dollar. If they happen to visit one of the other venues located in the casino and want to toss around a few dollars quickly, they will usually be inclined to bet larger amounts.

It seems as though the majority of players who have won the Mega-Millions jackpot, the largest in the USA, happened to be in the latter category. They wanted to play only a few max bet spins and ended up becoming instant millionaires. So Lucky…

Over the last few decades, people from all over have flocked to play these progressive machines and many have won sizeable jackpots. Most often you must play the max bet to be eligible for the largest jackpot like the progressive ones. Remember only a few will actually win millions, in addition, these numbers have seemed to dwindle over the last several years. Casinos all over the country are reporting a decline in Mega-Millions winners over 2017 and 2018. There have been no million-dollar jackpots this year at all, and only a handful in the last couple of years. Many industry experts claim this is in relation to a cycle that the jackpots experience every couple of years, it just math. In the meantime, however, many casinos are backing away from the Mega-Millions progressive machines and opting for slots that pay more frequent smaller jackpots. These machines tend to pay out several thousand, and even several hundred thousand dollars per jackpot as opposed to millions.

Even in decline people search for and play the multi-million progressives in hopes of winning a large, life-changing jackpot even though they have not given a payout recently. The future of these progressive slots seems to be up in the air, and only time will tell if they remain a staple game in the majority of casinos in the country.

When it comes to online slots we have reviewed the best sites for you already. See our list of real money slots here that are online and try your own strategy or a max bet for yourself!