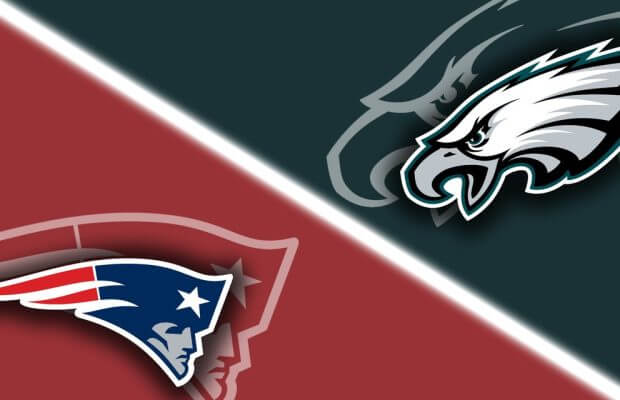 One of the biggest events of any year, at least in the United States of America, is the Super Bowl. Held the first Sunday in February, it is not only the championship game of the NFL season, but also a time for major brands or new companies to make a splash through the most expensive TV advertising of the year. For 2018 we have the Philadelphia Eagles at the New England Patriots!

All of this also means parties around the country (if not also the world), with a lot of food, drinks and, as with any major sporting event that can be unpredictable, gambling. In fact, the Super Bowl may be the only event every year where most of the people watching know the odds on the game itself.

So if you do decide to bet on the Super Bowl, you will be in good company. However, there are some things you might want to consider first before wagering your entire future on the big game this Super Bowl Sunday. Below are a few things you should know about betting, both to improve your odds of winning whatever you bet on and to keep the game fun and not insanely stressful.

WE DECIDE THE ODDS

In other smaller sporting events, big bettors can come in and throw down large wagers on a team, shifting the odds to their favor. That’s because most other games don’t have the massive viewing audience that the Super Bowl does and even fewer people betting on it. But with the Super Bowl, most people are betting small amounts, which will stack up very quickly, keeping the big fish from plunking down a huge bet and swaying the odds. When it comes to the politics of gambling, the Super Bowl may be one of the most democratic examples of it. 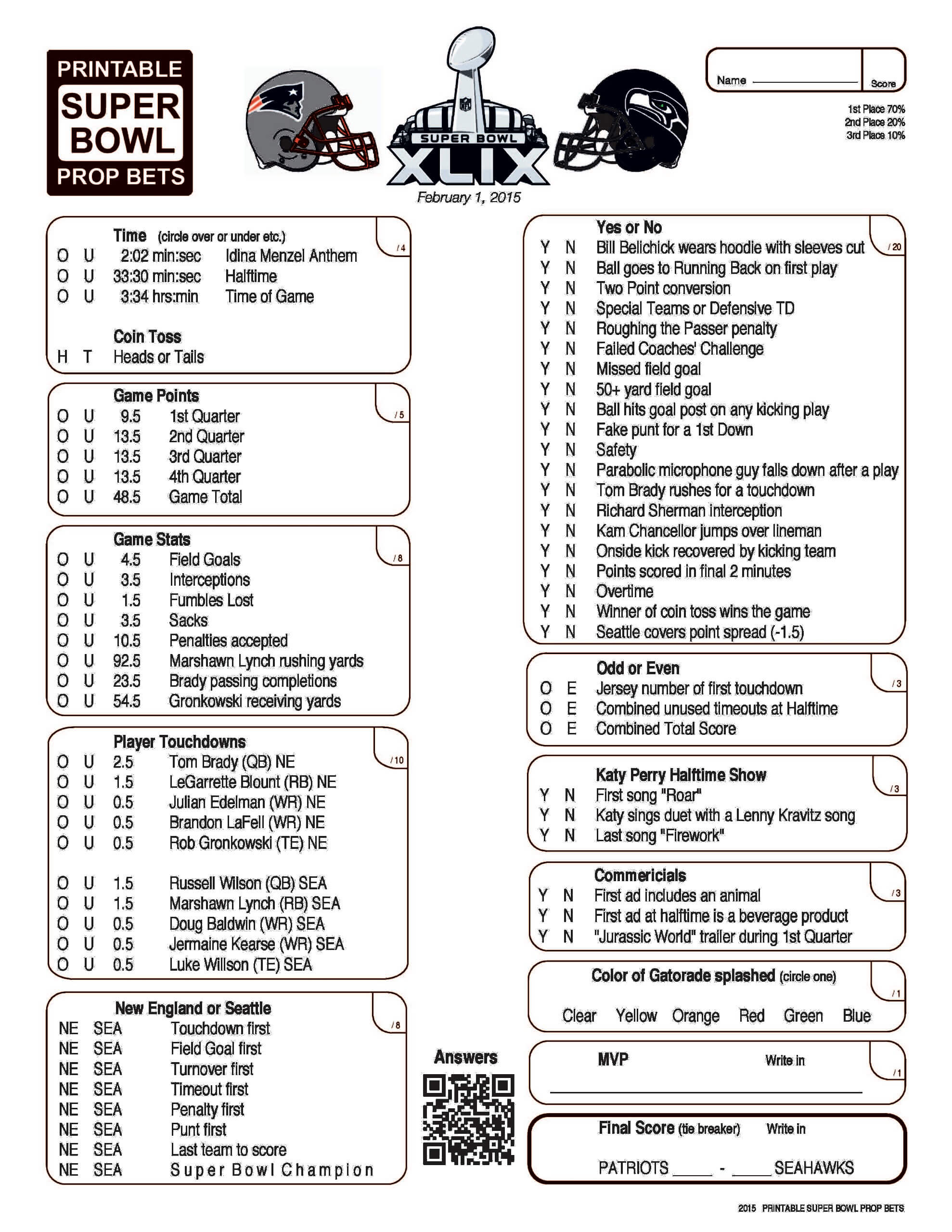 Here is a printable prop betting sheet for your party!

Betting has become so frivolous during the Super Bowl that people have begun betting on everything from how many penalties will be called per quarter to who the company advertising at the two minute warning will be. Some of these bets are valid and endorsed by all the rules and regulations in the gambling capital of the world in Las Vegas—but most aren’t. Many of these are bets created by overseas or rogue betting sites that don’t abide by the same rules and regulations as the more mainstream—in other words, legitimate—gambling sites and casinos. Basically, if you see something absurd to bet on, it might not be a bet you can actually win.

Most sports books out there won’t allow bets for more than $2,000 per wager, whatever it may be. So even if you place a ton of bets, the odds of a lucrative winfall due to your Super Bowl betting is probably pretty slim. Plan to bet on things you know you can win—from the actual winner of the game to the line to the total points scored. That should be enough for one wild game anyway.

PAY ATTENTION TO THE DAYS BEFORE THE GAME

Most of the betting on the Super Bowl tends to happen in the final 48 hours before the big game. Much of this is due to people who are really interested in making some money off the game itself doing all of their scouting of the teams, reading reports and making a final decision on who they believe will win, or what other bets they can win during the game itself. However, it’s also human nature for people to make up their minds at the last minute, especially when it comes to something like gambling on the Super Bowl. The last two days are often frantic for sportsbooks, as the bets come flooding in and this will tend to change the odds as well. In other words, the longer you wait to put your money down, the more informed your decision may be. That said, it doesn’t mean so much when it’s everyone else’s philosophy as well.

Outside of the big betting that can be incredibly nerve wracking and distract from the game itself, making small bets with friends at a party can be just as fun—and somewhat lucrative, if you know what you’re doing. The game of squares is popular where one to two dollars are spent per square on a board and people will randomly win twenty to fifty dollars per quarter based upon what the score is. People can also bet on commercials, like will this be a beer, chips or cell phone ad next? Because even though gambling is an integral part of the Super Bowl experience overall, it shouldn’t be something that takes the place of enjoying the time spent with friends or the game itself.

REMEMBER, IT IS ILLEGAL TO BET ON PROFESSIONAL SPORTS ONLINE