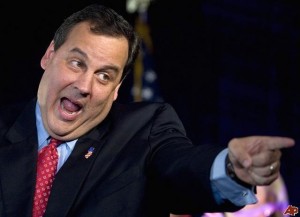 Back in 2006, Congress banned online gambling sites from operating in the United States. However, new laws that are being approved in legislation all across the nation are turning this over. The latest to enter into the online gambling community is none other than mega tycoon Richard Branson’s Virgin Group. They have begun teaming with the Tropicana Resort in Atlantic City along with online game maker Gamesys.

Live online casinos have already begun taking real money bets and the initial numbers look less than what was expected. With casino fever spreading amok in Asia, the goal is to bring more online poker, blackjack and slots to the state of New Jersey this year.

Governor of New Jersey, Chris Christie validated the hobby during the last weeks of 2013. He proclaimed to the media that he had hopes of gaining around a billion dollars in casino revenues for the year of 2014 for his state. In fact, he was recently caught saying that could hit 1 billion in revenue by July. The state would be said to collect a seventeen percent tax on this allotment. Not surprisingly, New Jersey is not alone.

There are eight other states at the moment that possess bills being worked upon. These bills will hopefully allow online gambling too. With Nevada and Delaware being the next states up to bat, New Jersey is still the first in the fifty states to legalize online gambling in totality. Though poker is not quite on the table for New Jersey at this time, blackjack and slots have begun making the rounds with the online gambling crowds of the Garden State.

Some of the stipulations include age requirements. Players have to be of at least twenty one years of age. Any player must either reside in the state of New Jersey or be in the state when the bet is placed. Each player will be betting against the house at the now live Virgin Casino. The means in which wagers will be financed is simply with debit cards, credit cards, or in person. Players from other states may play or otherwise participate as long as bets are not made.

Virgin has put into play some means of which they will be preventing unauthorized access. The casino will physically locate gamers’ cell phones periodically by pinning them. In the chance that Virgin Casino is unable to determine that a player is in fact in the state of New Jersey, they will be unable to play. Those who have their cell phones off or are located too closely to the state’s borders may not be authorized for play. Sometimes if you look at the phone wrong, you can’t play.  The technology behind this that is still being polished is called Geo Targeting and it may or may not work one-hundred percent of the time even in the middle of the state.

There are also reportedly six other firms that participated in the soft play launch of online gambling in the fall in New Jersey. Most agree that this is going to be an interesting example for the rest of the country when it comes to legal American online gambling rules and regulations. The Virgin Casino has a prime opportunity to set the standard or make an example of them and everyone is waiting to find out which they will do.

The vast majority of analysts are on the side of Governor Christie and the casinos when it comes to the debate though. According to a market research firm based in the United Kingdom, it is predicted that the state’s new industry will accrue around three hundred million dollars over the course of the year. Hopefuls think that is a low ball. Some of this is incorporated into the excepted growth of mobile gambling across the world. If thing go the way some say, and I would agree, it would mean approximately 90 million in tax revenue alone.