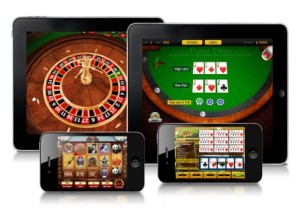 Love Betting Online? It’s Not Good for Everyone

Gambling has been around since the first person said “I bet you can’t…” and the other person tried to win regardless of the outcome. Ancient poems recount the popularity of all forms of gambling, and ancient texts, like the Arthashastra from the 4th Century BC was already recommending taxation of gambling since it was already so prevalent. Atlantic City and the Las Vegas strip were built on this love of placing money at risk for a chance at the reward of more money. In recent years gambling online has become more popular and has been made legal in the US , but the laws are shady at best, and still have several loopholes.

What does the mean for the cities built on gambling?

Online gambling and bets have been legalized in Nevada, Delaware and most recently New Jersey. However, federal laws do not expressly say that online gambling is illegal, though some states do have anti-gambling laws, but prosecution is rare in most cases. What is illegal is sports betting online and banks handling online gambling transactions within the US. However, with the being said, it is NOT illegal for an individual to make a bet on a foreign server since their activity is happening abroad.

Proponents of online gambling argue that it should be expressly legalized as a means to protect the players from fraud and embezzlement from companies that are operating outside the reach of the law. They also argue that is is a safe and green alternative to traveling where life and limb are put at risk and carbon emissions would be raised. The add, “it can be a way to educate new players by taking out the intimidation of a poker table with old men smoking cigars sitting around the table and giving you a sideways look”. Learning to play in the comfort of home will likely give you the confidence needed to take your game to the next level. Then again, it could teach you poor bluffing skills.

The American Gaming Association completed a study showing that online poker only would not send existing casinos into a tailspin, but that offering games currently only found in traditional casinos could also cause some trouble. Gambling Compliance, which tracks the online betting industry predicts that New Jersey can expect to bring in almost $262 million in it’s first year, however, New Jersey has experienced an underwhelming $8.4 million in revenue from launch on November 21 through December. New Jersey based casinos currently offers online gaming for any game you could imagine, and more.

Despite the gambling trouble in New Jersey, several states are still looking at officially legalizing online gambling and are jumping at the chance to add additional revenue to their financially strapped state budgets. States are also looking at offering the option to purchase lottery tickets online, and a few already do. Likewise, Native American tribes are looking at cashing in on the internet betting extravaganza. A few tribes have already struck deals with the states they operate in to offer online gambling services to foreign customers, so it will only be a matter of time before they may be able to offer online gambling to their US customers.

It’s better for some, worse for others…

Perhaps the largest problem posed by all of this will not be the demise of traditional brick and mortar casinos, but more likely the people who over indulge in online gambling. Compulsive gambling is a disease, and internet gambling might make those more prone to it that much more likely to compulsively bet and get sucked into a downward spiral. In the past you’ve had to jump in your car in the middle of the night to gamble at the casino making it far less convenient, with the rise of internet gambling, all you have to do in jump on to your favorite desk chair, tablet or phone. Most people agree, if you already love betting, you should defiantly try it online at least once.

PrevDetroit Needs Casino Revenue Like A Fish Needs Water
Will Gridlock Stall Gambling in Illinois or Will Quinn Put Pen to Paper?Next