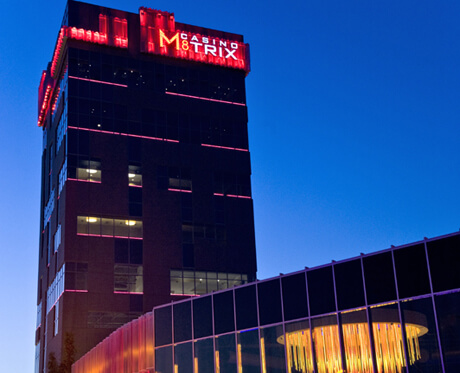 Eric Swallow, a former owner of Casino M8trix in San Jose, California has decided to sue the state’s top gaming official and two of his former business partners who now happen to be the principal owners of the card room. Swallow claims that they conspired to defraud him of the value of his stake and strip him of his gaming license.

It is important to recall that the 55-year-old Swallow built the glittering gaming tower in 2012. He, however, sold half of the business to his partners Pete Lunardis and Jeanine in June. However, the sale was executed after years of accusations of money laundering, regulatory battles, a probe by the Attorney General’s office and financial failures.

According to Swallow, his partner, Lunardis, conspired with top state officials to force him into selling his shares at below-market rates. He accused the deputy attorney general, William Torngren, who leads the Bureau of Gambling control of secretly working with Lunardis and playing favorites to influence the sale of his share and drive down the price of purchase. However, the lawyer of the Casino had nothing to comment on the accusations. Both Torngren and the state Attorney General’s office did not respond to the request for comments.

Lunardis’ attorney, Maureen Harrington, said that the new complaint put forward by Swallow is not different from the past claims which were weak and have been defeated before. This is why the attorney has planned to ask the judge to dismiss this lawsuit.

During an interview, the attorney to Lunardis insisted that the claims were largely brought and lost by Mr. Swallow before and that there is nothing new to the case. She explained that there was no reason to believe what was contained in the lawsuit.

Going back, it is important to understand that Swallow tapped casino mogul John Park back in 2015 to pay $55 million for his stake. However, according to the lawsuit, a Southern California couple was brought in by the Lunardis to match the offer. It is alleged that Torngren tried to block the offer posted by Park and instead forced Swallow to sell his for a much less of a price—about $29 million.

In a recent interview, Swallow insisted that the state chooses winners and losers, because, why else would they care how much he sold his shares for. It is important to understand that Swallow sold his shares eventually to the Lunardis for $55 million. He, however, claims that he could have gotten more than that—$80 million to be precise—if there was a fair market analysis. Today, 70% of the casino is owned by Lunardis and the rest of the shares are owned by Tierneys. Robert Lindo, the casino’s attorney, decided to refer comments to the Lunardis attorney.

It is important to understand where it all began. The fight between Torngren and Swallow, a former banker, goes back several years. Swallow and the Lunardis were accused of hiding casino profits by state regulators in May 2014 under the leadership of Torngren. They did this in an effort to skirt paying taxes. According to the complaint, in an effort to pocket funds, the casino owner siphoned millions to limited liability corporations.

However, most of those accusations faded away over time. The card room was slapped by the state with a $1.5 million in fine. However, according to the lawsuit, Lunardis got preferential treatment. After paying $250,000 fine, they had settled their case and retained their gambling license. However, Swallow was not okay with the fact that he lost his license and was slapped with a $13.8 million as fine. This is why he is still appealing this to date. In an interview, Swallow emphasized that it was definitely unfair since the state gave Jeanine and Pete a pass.

In his lawsuit, Swallow alleges that Torngren misused his office when he forced revocation of his license. He claims that he authorized someone to hack his email and paid for witness testimony against him. The lawsuit also claimed that Lunardis asked Torngren whether he could make a diversion of Swallow’s money to himself as soon as the license was revoked. According to Swallow, Deborah Swallow, his ex-wife, was part of the conspiracy.

The lawsuit filed by Swallow states that the total money he is owed, including revenues from 2015, 2016 and part of 2017 totals up to $50 million. The court has, however, given the defendants up to Nov. 2 of 2017 to respond to the lawsuit.