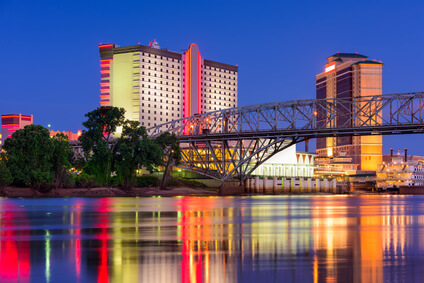 The Los Angeles Times recently had this headline in its Business Section: Hawaiian Gardens gambles on a $90-million overhaul of its casino as rivals invest in their own upgrades.” What caught my eye was the word “rivals.”

Given the changing landscape of the casino in America, everything from the demise of Atlantic City to the local competition in California, it makes a dedicated player wonder what the heck is going on. Whatever it is, it is all good for the players. The political field is not paying any attention at all to the issues of state operated casinos or Internet gaming. In short, there is a diminishing opposition to the presence of casinos across the country.

Two smaller cities in California, Placentia and Gardena, are investing millions of dollars to renovate their local casinos, which means there is a real financial benefit for the cities and an expectation there is sufficient demand to see a return on the upgrade investment. Mind you, Las Vegas is about a 5 hour drive away from the California coast, so not only is there a local rivalry but the casino operators are betting their upgrades will be more attractive than a Las Vegas weekend trip.

One question is whether Las Vegas will lose its luster for regular players given the heating up of local competition. Another is how many of the local investments will actually pay off for the local casinos…

The changing landscape mentioned earlier is to the advantage of the players. It is not about convenience or having a larger number of choices, but what the competing casinos have to do in order to keep regulars coming back. Back before the Internet, there were a small number of states that had what were literally floating casinos. Mississippi and Illinois were two that come to mind. For many serious gamblers, Mississippi was the place to go because they had a number of riverboat casinos that were living proof of Southern hospitality. They are largely gone now because of the competition from land based, state operated casinos.

Illinois had 4 riverboat casinos within a 90 minute drive from the center of Chicago. One report had each of the casinos generating a minimum of $60 million per month into the state coffers. There were no promises of using the monies to improve the state education programs. What was there was the casinos selling tickets for a nominal price to stand in line and board the riverboat for a 60 or perhaps 90 minute window of playing time, at the end which you had the option of leaving. The lines were long and at peak times, especially on the weekends, getting a ticket could be a long wait.

The casino owners and the states were able to rake in millions every month because the competition was regulated by the politicians. There were a very limited number of available casino licenses, decided upon by state politicians. The regular local player simply had to accept the fact that there was no real competition, and many were just glad to be able to play without having to fly to Vegas or Atlantic City. With the Internet, players then had another option that took away some of the control from the riverboats, and soon the boarding tickets were free and the waiting lines shrunk considerably.

So what is the moral of the story? Competition is always good for the players as it forces casinos to work harder and make less to keep the money – and players – coming in. The changing landscape that is taking shape today is just an echo of what transformed the casino industry more than 30 years ago. Though the Federal government’s Unlawful Internet Gaming Act legislation slowed that progress (you can make a strong case that the interests of influential businesses were behind the passage of the act to some degree) but after a decade few people seem to care about it much anymore – except maybe the financial institutions. What is unfolding is a gambling environment in most states that is shifting to the advantage of the regular local player.

But make no mistake. Of all the casinos that may be created in a state, Las Vegas will always be the place for an elite group of high rollers that will not be found anywhere else. The competition in California cities will always be local because Vegas will always be Vegas. For the regular local player, Vegas may be a winter getaway or once a year excursion, but not much more than that. The fact that casino players almost anywhere in the country now have the choice of where to spend their money is a significant change from 30 or so years ago.

If the local casino competition continues to heat up, players can expect better slots, better comp packages, and an overall higher quality casino experience. The shift, though maybe not huge, towards casinos competing with other casinos instead of players competing against the casino is a good sign for the long term health of the casino industry. Financial analysts are beginning to take note once again of casino and gaming stocks.

Have you noticed changes beneficial to players at your local casino? Is there less opposition to the construction of new casinos in your area? If you think things have not changed in the past 5 years, its defiantly time to take a closer look around town!